The “big jungle show” will soon start on RTL as a replacement for the jungle camp. The original has to be canceled due to Corona, and the film is shot in a Cologne studio. The candidates have not yet been officially announced and the fans are eagerly awaiting.

Surely many viewers would like to see Robert or Carmen Geiss eating various crawling animals. After all, the entrepreneur couple is very well known in Germany and even has their own show on RTL2 with “Die Geissens – A terribly glamorous family”. The two of them spoke to the “Bild” about a possible appearance in the “jungle camp”.

The Geissens reject the jungle camp

In fact, RTL is trying relentlessly to win the Geissens for the “jungle camp”, as the interview shows. However, the couple apparently has no desire to participate and sees no need for it. Robert Geiss makes it clear:

So the Geissens are not ready to give up their luxury lifestyle for a few days. But everyday life is not always comfortable for them either. So the family, especially Robert’s brother Michael, signed an advertising contract with pop singer Michael Wendler a while ago through their own clothing company Uncle Sam. This should now owe the company 250,000 euros, but rejected the claim. The matter may soon end up in court.

At the moment, however, Robert and Carmen Geiss can at least look forward to their upcoming television anniversary. At the end of January, the 300th episode of “The Geissens – A Terribly Glamorous Family” is running. The program has been running on RTL 2 since 2011, so it is currently in its tenth year.

RTL pulls the rip cord. On Tuesday evening, the station broadcast the first episode of the new season “DSDS” and relied on numerous gags at the expense of Michael Wendler. That’s enough of that. After Wendler compared the current Corona measures with a concentration camp on Telegram, the broadcaster decided to cut the singer completely from the show. So in the future he will no longer be part of “DSDS”. A decision made by the other “DSDS” jurors …

Too few Moderna vaccinations for Switzerland

Now live: Federal Council is no longer ruling out a second...

DSDS expulsion: the candidate came to the casting with a sex...

These are the cycling trends for 2021

Bundesliga: LASK missed the jump to the top 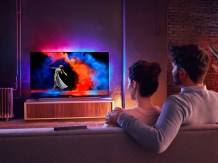