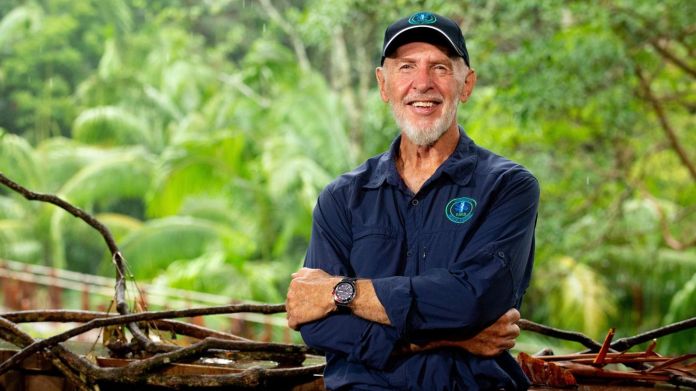 Jungle Show 2021
“If you see me in Cologne, say hello”: Dr. Bob about his stay in Germany

The  RTL show “Ich bin ein Star” takes place in Germany, and other things are also different this time. On the popular Dr. Despite Corona, the audience doesn’t have to do without Bob. This is what the Australian thinks about Germany.

Viewers of the jungle camp have to be prepared for some changes this year: Due to the corona pandemic, the popular show will be filmed in Cologne-Hürth and not in the Australian jungle.

The  participants therefore do not sleep in the open air between wild animals, but in an 18 square meter tiny house, where they spend the days in living groups of three candidates. After all, there is one constant next to the moderators Daniel Hartwich and Sonja Zietlow: Dr. Bob will also look after the candidates this time and has come from Australia for this.

He is quite taken with the concept of the alternative program: “Considering what we have been through in the world in the past year, I think this show in Germany is a fantastic idea,” says the 70-year-old, who was born in 1950 as Robert McCarron in London was born. He has lived in Australia for decades and has just returned to Europe for the jungle show. “I love being in Germany. Meeting good friends and making new ones,” he says – and has a direct request to his many fans in this country: “So if you see me walking around Cologne, don’t be shy, you say Hello to me. ”

Dr. Bob landed on Tuesday and will spend the entire time of the jungle show in Germany. His departure is scheduled for three days after the final, which will be held on January 30th.

He fondly thinks back to the 14th season broadcast last year. His personal highlight is the jungle king, Prince Damien. “He was fantastic from the start,” recalls Dr. Bob and describes how the singer won four stars in the final “flirting, screaming, squeaking” and prevailed over Danni Büchner and Sven Ottke.

The  DSDS winner from 2016 smashed piñatas filled with jungle chimneys, cockroaches and other specialties and then lay in a jungle disgust melange. Dr. Bob knew Damien would win – “because he could still smile.”

He himself is in good spirits despite the corona pandemic: “As long as we all stick to the rules and are vaccinated as soon as the vaccine is available, the virus will soon run out of breath,” says the Australian, who takes care of himself: “Me I have been practicing martial arts since I was 13 and try as best I can to always think the best of everything and to practice positive thinking. ”

The  Big Jungle Show” starts on Friday, January 15th at 10:15 pm on RTL. Everything about the show is available on TV Now

What a find in a Christmas tree! A woman immediately...

Health – Berlin – Senator for the Interior: Corona bans are...

VKI gives tips – an overview of all rules for exchanging...

Romain Grosjean reveals the exact degree of his injuries for the...