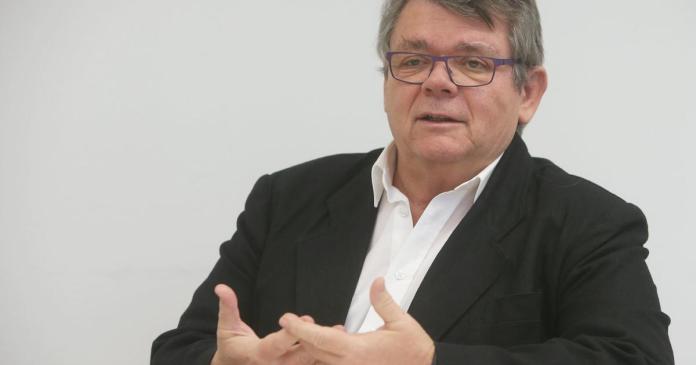 We submitted suggestions and it was said: “Thank you, that will certainly be included.” With all due respect, but: I am not an escort service for the government who briefly stands on stage at a press conference and makes a good face in front of the cameras. In Germany and other countries, the social partners have long been fully involved in the resilience plan.

But the government, especially the Greens, stress that the social partners are much closer than they were with the previous government …

It is actually much better than under turquoise blue. The turquoise-blue government only spoke to us when there was absolutely no other way. That’s better today – but not in all respects. When it comes to solving problems, such as short-time work, we are asked, and a lot has been achieved. But when it comes to the subject of “How do we change society?”, Sometimes it says “We’ll let you know when we’re done”.

The pandemic also involves weighing up economic and health policy aspects. Are we in good balance?

I am not a virologist and I do not want to take part in the medical debates, there are more qualified people for that. The ÖGB and myself have always wanted to protect employees. And here it has unfortunately been shown: The poorly paid jobs have exposed themselves to the highest risk of infection. And those with the worst image – from cleaning lady to saleswoman – kept the country going. They got nothing for it except a little applause. That’s why I continue to hope for the aforementioned consumer voucher. That would only be fair.

Corona: The first case could come from Italy – from November...

Suspected IS supporters should return to Germany

Netflix does not want to warn against fiction with “The Crown”