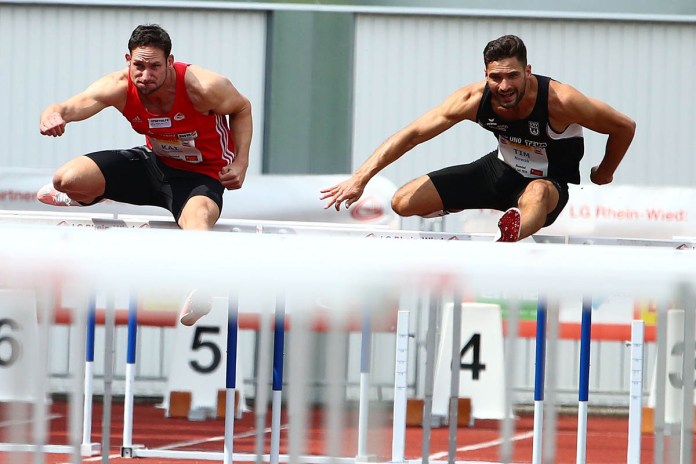 Kai Kazmirek started the Olympic year 2021 at the 1st Winter Cup of LG Eintracht Frankfurt in the Kalbach athletics hall.

The  29-year-old competed in a four-way battle in which Andreas Bechmann, Tim Nowak and Nils Laserich – three athletes who also took part in the lottery dike meeting in Neuwied – also took part.

The  decathlete of LG Rhein-Wied finished second after a hurdle sprint over 60 meters, shot put, pole vault and 600 meter run with 3152 points behind the victorious Ulm Nowak (3262).

Kazmirek started with a daily best time of 8.17 seconds over 60 meter hurdles and followed 13.45 meters with the ball. Here the competition took away a few centimeters and thus also counters. In the pole vault with harder equipment, more than 4.60 meters could have been possible, and 1: 26.46 minutes over the final three indoor laps meant the third fastest time.

The  runner-up, who drove to Frankfurt after a full training session, rated his performance as preparation for the indoor season. Measured at the current point in time, everything is fine so far. I feel fit and healthy, “summed up Kazmirek. That alone proves the good time over the 60 meter hurdles.

Become a fan of the NR-Kurier.de local edition Neuwied on Facebook!

Germany has to face these teams

Wrong doctor at the vaccination center – suspect in custody

“La Boum” star is dead: He delighted an audience of millions...

To protect the family: Honduran footballer wears a mask – and...