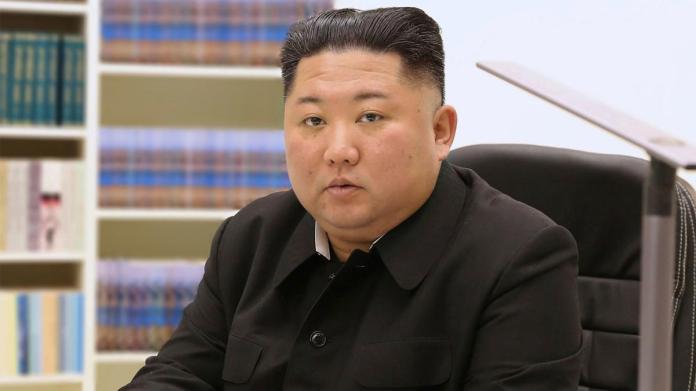 Kim Jong-un wrote to the population in a letter. For this he skipped his TV address on January 1st for the first time. The population traditionally celebrated New Year’s Eve – the corona virus allegedly did not reach North Korea.

Dhe North Korean ruler Kim Jong-un thanked the population in a rare New Year’s letter for supporting the ruling party in these “difficult times”. The handwritten letter was released on Friday, shortly before an important party congress designed to set the country’s economic goals. Kim normally gives a TV speech on January 1st, but he skipped it for the first time last year.

The New Year’s letter reached North Koreans after the festivities in Kim Il-sung Square in Pyongyang, where the New Year began with fireworks, singing and dancing. The celebration took place despite the corona pandemic, which, according to the authorities, has not yet reached the country.

In the letter circulated by the state news agency KCNA, Kim wished the people good luck and good health and wrote, “In the New Year I will work hard to usher in the new era even earlier, in which the ideals and desires of our people are in Fulfillment will come. “

Kim also thanked the people for the party’s support “in difficult times” – apparently referring to the economic hardship caused by international sanctions and the tough measures taken to combat the coronavirus.

According to South Korean media, Kim’s father Kim Jong-il last sent a New Year’s message to the people in 1995.

The congress, at which a new economic and political plan is to be drawn up, is the first such meeting in five years and only the eighth in the history of North Korea. North Korean media reports suggest that the congress will take place in early January, but the exact date is not known.

Corona crisis: What the federal states are planning for Christmas and...

According to the original drama: Hilaria Baldwin loses partnerships

Weather: winter is coming! The snow roller moves across Germany...

When will augmented reality come to us?

The latest on the corona crisis – Austria goes into the...

Lenzing issued hybrid bond for half a billion euros – share...