At the last appearance of the athletes in the old stadium on the Gugl, Peter Michorl (24th), Johannes Eggestein (48th) and Valentino Müller (84th) scored the home side’s goals. Can Keles (79th) at least ensured the consolation goal for the guests.

Michorl hit a free kick from just outside the penalty area, the ball was deflected by the wall. Immediately after the restart, the Werder loaner Eggestein pushed the ball over the line from close range after Ranftl preparatory work. After the next goal from Young Violets offensive player Keles, who scored after El Moukantir preparatory work, it was reserved for Müller to put the end point with a soulful siphon.

“The game was a good start into the new year, we were able to bring all the players into action and we could have won even more,” said LASK coach Dominik Thalhammer. He feels a lot of ambition in the team. “Everyone wants to improve steadily and has a lot of fun with football. That was also easy to see in the 90 minutes. That makes me very confident for the spring,” said the ex-ÖFB women’s team boss.

For the Viennese, who played 0: 1 and 1: 1 in the league against LASK in autumn, there was nothing to gain due to eleven failures. “The fact that we are struggling against a strong opponent like LASK is not surprising in the analysis. They did it really well, so our young players also had a difficult time. You have to say that LASK was also much more physically present than we and we still have a lot to learn, “said Austria coach Peter Stöger.

Austria’s local rival Rapid struggled to a 2-1 win against second division SV Lafnitz on the training grounds of the Happel Stadium. The Bundesliga-wide Sturm Graz was also victorious, in the first of two tests in the training camp in Croatia there was a 3-2 for the Styrians in Rovinj against NK Osijek. St. Pölten had the upper hand against Vorwärts Steyr with 2: 1, Ried won against Amstetten with 2: 0 (to the game report).

The planned test by leaders Red Bull Salzburg against Gornik Zabrze was canceled at short notice. As the “cops” announced, the Poles did not travel to Salzburg due to two corona cases in their ranks. That’s why coach Jesse Marsch worked with his team on the training ground instead.

That’s why Nina Bott and her boyfriend are not married

Resolutions at Corona summit: Vaccination at the doctor from the end...

Corona: Violations of the vaccination sequence in Germany – news update

Norwegian Holund skates to the 15 km title at the World... 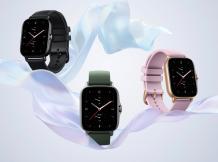 Goodbye Germany (Vox): Are Konny and Manu Reimann moving back to...