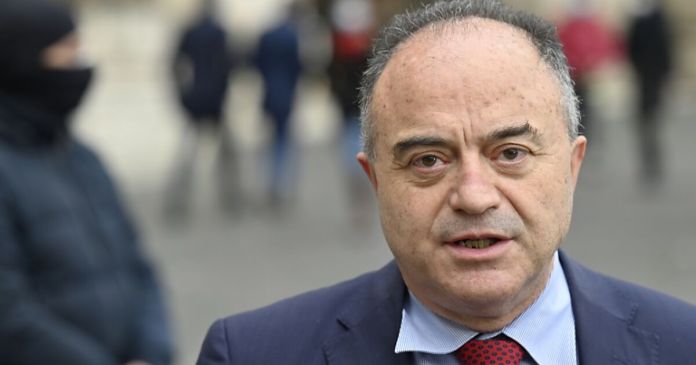 “In 50 years this process will be studied in the criminology books. Italy is making history with this process,” assured the President of the Anti-Mafia Commission in Parliament, Senator Nicola Morra, who comes from Calabria. No cameramen were allowed to start the process on Wednesday, the strictest security precautions were in place. It is expected that 58 key witnesses will also testify. Several municipalities in Calabria are participating as joint plaintiffs.

“With this process we show how the ‘Ndrangheta has developed over the years. It is not only responsible for blackmail and usury, but is also closely involved with the public administration. The’ Ndrangheta is no longer a shepherd mafia, it is a modern holding company for crime, “said Chief Prosecutor Gratteri.

The trial is the result of extensive investigations that led to the arrest of 334 people in December 2019, including entrepreneurs and politicians. There were also arrests in Germany, Switzerland and Bulgaria, including Calabrian politicians such as an ex-senator and the mayor of a municipality in Calabria. Clan boss Luigi Mancuso, who has already been behind bars for 20 years, is among the defendants.

The investigation showed that the ‘Ndrangheta were closely involved in politics. The research called “Rinascita Scott” focused on Vibo Valentina, but extended to northern Italy. “The Mafia is closely involved with the power centers, so it is getting stronger,” said Senator Morra.

The ‘Ndrangheta is one of the most powerful mafia organizations in the world. It dominates the international drug trade, but also earns its money with weapons, money laundering and corruption. Experts estimate that the ‘Ndrangheta has annual worldwide sales between 50 and 100 billion euros.

The proceedings against the ‘Ndrangheta are reminiscent of Italy’s first “maxi-trial”, which was held in Palermo in 1986/87 against the Sicilian Cosa Nostra. At that time, 338 defendants were finally convicted. Prosecutors Giovanni Falcone and Paolo Borsellino, who conducted the extensive investigations, were murdered by the Mafia in 1992 bombings in Sicily.

“We play for Austria” now also applies to the theater on... According to Anschober, the government continues against compulsory vaccination

Inhaled chlorine gas: industrial accident in the port of Stuttgart