Manchester United are back at the top of the Premier League. The “Red Devils” conquered the sole lead in the table with a 1-0 victory in the supplementary game at Burnley on Tuesday evening. Most recently United was in first place under Sir Alex Ferguson after 17 rounds in 2012. It was then that the club won the title. On Sunday, the team of the now coach Ole Gunnar Solskjaer is waiting for the real test: In Anfield it is up against the first pursuers and champions Liverpool.

Paul Pogba scored the only goal in Burnley. The French world champion, who had only hit the headlines in recent months due to churn rumors, scored with a deflected volley (71st). Solskjaer then raved about a “wonderful position” that they are now taking. “Of course we know that we are facing the champions who have been playing incredibly for three and a half years. It will be difficult for us, but we are ready. There couldn’t be a better time to meet them,” said the Norwegian.

Solskjaer was already counted after a weak start to the season – when it set a 1: 6 against Tottenham, among other things. Hardly any expert had expected that United could challenge the two top dogs Liverpool and Manchester City at the top. England’s record champions (20 championship titles) currently have nine wins from the most recent eleven league games.

“We are hungry. That is the main thing, the boys are hungry,” Solskjaer knew. The game in Liverpool will be “a test of character and also a test of our quality”. Three points separate the arch-rivals before the big game. For Liverpool, the better goal difference speaks for a win.

Pogba showed another strong performance. The 27-year-old had lost all of his credit to the fans after statements made by his manager Mino Raiola in early December. Raiola said at the time that his protégé was unhappy at Manchester and could no longer develop as he wanted and as he was expected to do. Solskjaer reported the opposite on Tuesday. “I’ve always said that Paul is a great, great player for us,” said the coach. Pogba himself said, referring to Liverpool: “We have to keep calm now, even if it is a great moment for us.”

Hard lockdown in Germany has begun, but there is a ray... 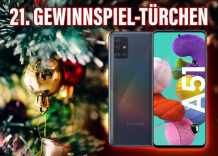 All eyes on Hansa Rostock: “Great responsibility” when fans return |...