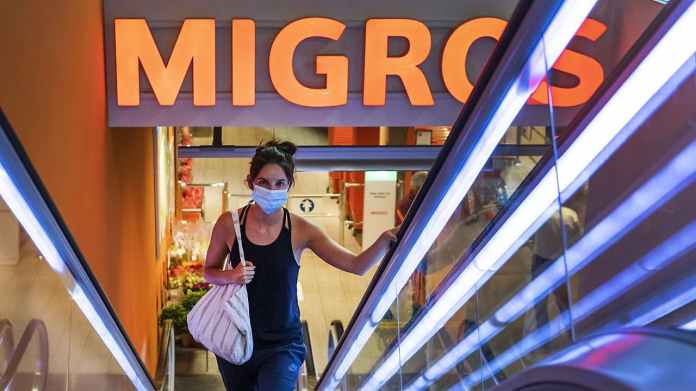 The  second lockdown also forces many Swiss companies to put their employees on short-time work. Unlike last spring, however, many companies are not paying full wages this time. But there are exceptions.

Second wave of pandemics, second lockdown – and for the second time, many companies in Switzerland have little choice but to put their employees on short-time work. But one thing is different compared to spring: Numerous local companies no longer compensate for the associated loss of wages.

What largely worked in the past year – the state guarantees 80 percent, the employer takes over the remaining 20 – is now changing.

The  need to save is great in many places, as reported by the “SonntagsBlick” and the “CH Media” newspapers, among others.

The  largest employer in Switzerland

However, the criticism of the company’s approach is also great.

The  largest local employer, for example, was particularly targeted: unlike in the first lockdown, Migros no longer planned wage compensation for short-time workers, as spokesman Marcel Schlatter confirmed to “CH Media”. According to this, layoffs should be avoided. After strong criticism, the company has now changed its approach.

This was followed by relenting: Migros will continue to pay its employees affected by short-time work their full wages.

The  largest employer in Switzerland is moving away from the idea of ​​no longer paying for the difference between the original wage and the short-time work allowance.

In view of the “positive development in the cooperative retail trade”, Migros decided to continue to compensate the affected employees for the difference of 20 percent to the statutory short-time work allowance of 80 percent, the company said.

“Migros leaves employees in the lurch”, Unia had previously criticized. Before giving in, the union had also said about Migros’ actions: “This is irresponsible and indecent from a company that is profiting from the crisis”.

The  approach of Migros was criticized because the company grew in the past year despite the pandemic: Sales rose by 4 percent to 29.8 billion francs, as the retailer announced.

The  employees of 330 leisure and fitness facilities and around 1,600 employees of the Migros Club School would have been affected. “Only” the 2,000 or so Hotelplan employees now have to forego 20 percent of their wages.

The  employees of the travel company have only received the statutory coverage for short-time work since July.

Coop pays “out of appreciation”

In the case of direct competition, on the other hand, things looked completely different before: As a Coop spokeswoman told “CH Media”, “out of appreciation for our employees”, “decided again to pay 100 percent of the wages for short-time work”.

The  wholesale company is one of the exceptions. Other companies that will pay 100 percent of their wages in the second lockdown also include the Post and SBB.

Swiss, on the other hand, minimized the wage adjustment compared to the spring – it even canceled it completely for employees with a salary of over CHF 4,000.

The  airline helps employees who earn under this brand further with an – albeit reduced – compensation:

The y still receive a total of 95 percent of the salary.

At the beginning, “the extent of the crisis was difficult to assess”, a Swiss spokesman told “CH Media”. A large part of the staff is still on short-time work.

Other companies do not compensate at all

Meanwhile, other Swiss companies are not even compensating for the wage difference: Unlike in the first lockdown, employees of H&M Switzerland now only receive 80 percent of their wages. Department store chains such as Manor and Globus refrained from topping up their wages from the company coffers in the spring.

«If there is no turnover, there is no money. Most of the rents, however, have to be paid.

The  goods too, ”said Globus according to“ CH Media ”.

Model posts video about Body Positivity – and is heavily criticized...

One year of Megxit – a royal alienation in seven chapters

One sentence in the decision paper shows failure of corona rapid...

Andy Murray – but no start in Delray Beach tennisnet.com

At least 98 dead in explosions in Equatorial Guinea

Mick Schumacher is “the complete opposite” of Masepin