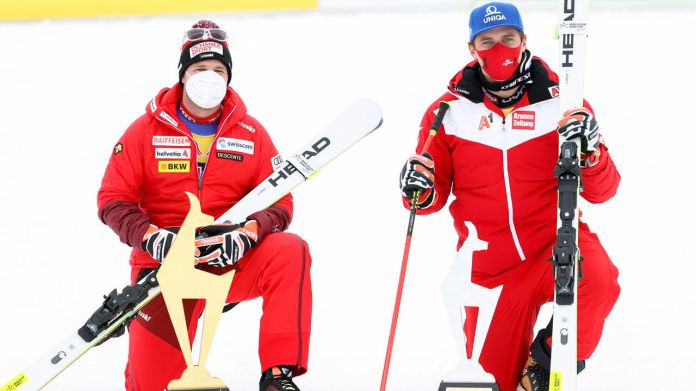 Matthias Mayer arrived at the Kitzbühel runs in top form, established himself as second and third in the races won by Beat Feuz as the strongest Austrian athlete in this discipline and announced the fight for the World Cup discipline for the Swiss.

Feuz describes his double on the Streif, which is also the first victories for him on the Hahnenkamm, as “fantastic”. His podium mates were also “terrific”. And with a view to Mayer, he announces a full attack on his fourth downhill ball in a row.

Who is going to the World Cup?

Five of the eight season runs have been completed; after the Garmisch run at the beginning of February, it will also be clear who will travel to Cortina d’Ampezzo for the World Championship race. One or the other small preliminary decision was already made in Gamsstadt.

Disappointed, Vincent Kriechmayr packed his bags in the finish area after the downhill runs. As Bormio second, he will of course be part of the World Cup downhill team despite the botched Streif races (9th, 17th) and probably also a medal contender.

The  Upper Austrian did not want to gloss over anything, he made mistakes, was not among the fastest and was certainly not to blame for the difficult lighting conditions on Sunday. “Mothl also got his performance to the point, I didn’t succeed. I hit the passages well in practice, not in the race, I have to see what happened there.”

After finishing second in Val d’Isere in Kitzbühel, Otmar Striedinger made himself noticeable with places 13 and 8, but even more would have been possible on Sunday in particular. “

The  density in downhill sport is so great that it doesn’t allow any mistakes. As far as the World Championship is concerned, nothing is clear, but I feel good and my form is pointing upwards. I have to concentrate on driving the next races and then be in top form in February” , the Carinthian knew.

The  speed is there, you can’t force it, you saw that on the first descent, you have to keep working.”

The  World Cup is an ulterior motive, but my goal is consistently good driving”) and veteran Hannes Reichelt, who finished tenth in the Sunday run.

The  Upper Austrian has already fought his way back from four cruciate ligament ruptures, and at the age of 29 he has now achieved his best career result. “I haven’t competed in the World Cup that often, it’s my best result. I hope that I can go even further.”

On Friday he was not allowed to start after the race was stopped after number 30, so he only had one outing. “

The  long wait was extremely tough, the tension and the feverish desire to drive make you tired. After that, I was completely exhausted in the hotel, as if I had been driving.”

Feuz after Kitz-Double: “You simply didn’t see anything”

The  comments of the users do not necessarily reflect the opinion of the LAOLA1 editorial team. LAOLA1 reserves the right to delete comments without giving reasons, especially if they violate criminal or civil law norms, contradict common decency or otherwise run counter to LAOLA1’s reputation. We refer in this context in particular to our Terms of Use. In such cases, the user cannot assert any claims. Sportradar Media Services GmbH also reserves the right to assert claims for damages and to report offenses relevant to criminal law. 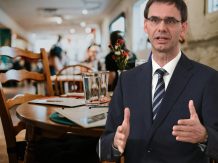 “Love is unpredictable” in the first: contact talent meets phobics –...

No plan B: Germany was naive in dealing with Corona –... 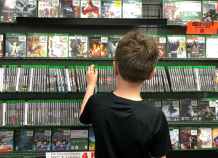 Which console suits whom?

Swiss thanks to an important victory before the main round entry