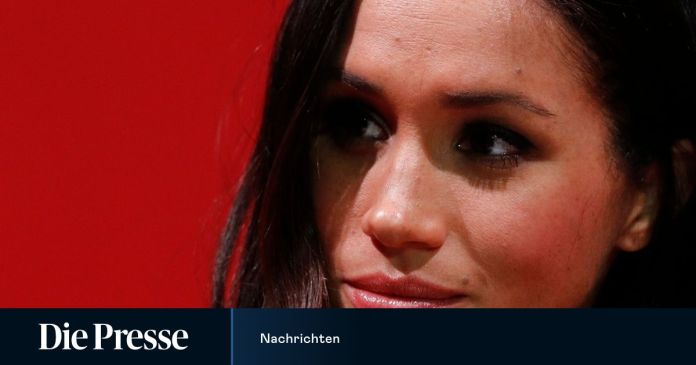 Whether there will be a royal mud fight will be decided these days at the London High Court.

As a precaution, they put an entire ocean between them and the curious observer. With their move to California, better known as “Megxit”, Duchess Meghan and Prince Harry said goodbye to the royal family and the British press. But the dispute with this is more than a year after they left.

At the London High Court these days it could be decided whether there will soon be peace between the two sides – or the big mud battle is still ahead. Meghan, but also Prince Harry, despite their departure from the royal family, do not want to accept without a fight how deep their private life has repeatedly been pulled to the surface. Specifically, it concerns a lawsuit against the publisher of the “Mail on Sunday”, Associated Newspapers, which quoted in several articles from a private letter from Meghan (39) to her father Thomas Markle in early 2019.

Attorney Justin Rushbrooke denounced this at a virtual hearing on Tuesday as “a clear and serious interference with the right to privacy”.

The re is no “sound defense” that the publisher can bring forward – on the contrary: In one of the newspaper articles the newspaper itself wrote that it was a “very personal handwritten message”.

The  publisher argues that there is a legitimate public interest.

The  letter was not an attempt at reconciliation, it was criticism of me,” he wrote in a statement published on Tuesday. Markle wrote that Meghan had shown no real compassion or interest in her letter. “He showed the end of our relationship.”

Lawyers want to get quick action

Judge Mark Warby will have to decide after the hearing whether the royals will have to appear and testify in person – an appointment Meghan is keen to avoid. Your lawyers therefore want to get a quick trial, a so-called summary judgment – a judgment in favor of the 39-year-old without an actual hearing with witness statements.

Harry, Meghan and the public – it was and is a kind of love-hate relationship. For the British gossip papers, Prince Harry (36) has been a hit since his teenage days. Unlike the ironed-out, always royally smiling William, his younger brother provided material for scandals with beautiful regularity: naked Harry, Harry in Nazi costume, harassing Harry, snogging Harry – everything was cannibalized with relish. When the former US actress Meghan Markle brought another pinch of glamor, but also African-American roots into the royal family in 2018, there was no stopping them.

The  reporting varied from ecstatic enthusiasm to voyeuristic paparazzi excesses to comments with clear racist undertones.

Who has control over private mail?

The  negotiated case raises the disturbing question of who should be in control of a private letter, attorney Rushbrooke said. “Is it the author of the letter or an editor of the” Mail on Sunday “?

The re can only be one answer to this question – and it is not decisive whether the author is a duchess or a completely normal citizen.” And the answer is not the editor of the “Mail on Sunday”. “

In 2019, Prince Harry drew a parallel with his mother, Princess Diana, who also suffered extremely from the media persecution. “My greatest fear is that history will repeat itself,” Harry wrote on his website in autumn 2019. “I lost my mother and now I see my wife fall victim to the same powerful forces.”

Between the private and the public

At the same time, however, it is precisely that excessive interest in their lives that Harry and Meghan want to live from in the future – in a very practical financial sense.

The y want to produce documentaries and feature films for Netflix, the contract that has been concluded weighs more than 110 million euros.

The  couple also signed a multi-million dollar contract with the Spotify streaming platform and even had their one-year-old son Archie in front of the microphone on their podcast debut. That is a lot of self-chosen, but very consciously arranged public. A strictly formalized questioning in court does not fit this staging.

So far, the pandemic has prevented travel across the Atlantic anyway – but it won’t stay that way forever. It is likely that Meghan and Harry will visit their old home again when it is possible again. Whether the witness stand in London’s High Court will be part of the itinerary is the big question. It would be a festival for the boulevard – less so for the royals. At first it remained open whether a decision can be expected at the hearing in London, which was scheduled for two days.

Cardano (ADA) will launch Smart Contracts from May

This doctor is Berlin’s marathon man!

Coronavirus: Spitex staff should be able to get vaccinated and tested...