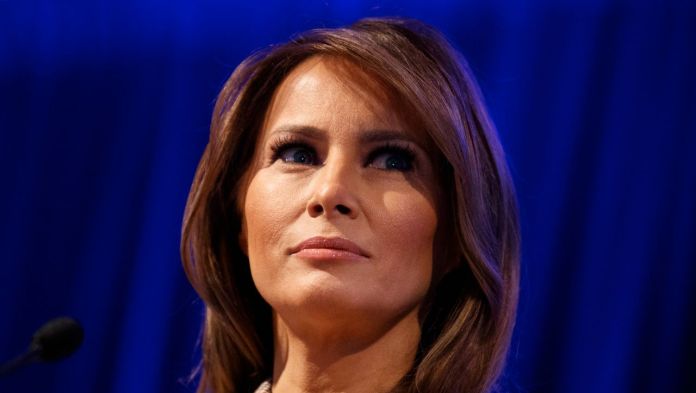 “It is encouraging to see that so many have found a passion and enthusiasm for participating in an election, but we must not allow passion to turn into violence,” continues the message from Donald Trump’s wife. “Our way forward is to find what we have in common and to be the kind and strong people that I know we are.”

Melania Trump expressed her condolences to the relatives of the dead in the context of the violent storming of the Capitol – but first named the participants who had died and only then the two police officers, one of whom died off duty.

She also complained that there had been “lewd gossip, unjustified personal attacks and false, misleading accusations” against her in connection with the events at the Capitol. She then condemned the violence. “Our nation must heal civilly,” said the first lady. “I fully condemn the violence that has taken place at our nation’s Capitol. Violence is never allowed. ”

As an American, she is proud that there is the freedom in the USA to express one’s own views without fear of persecution. Different political positions should never be the basis for “aggression and malice”.

Melania Trump also used her statement to thank the millions of Americans who supported her and her husband over the past four years shortly before the end of Donald Trump’s tenure on Jan. “It was the honor of my life to serve as your first lady.”

That’s how much Kylian Mbappe is supposed to earn

Rebbe return to Germany? Nuremberg is vying for ex-Wolfsburg sports...

Sarah Jessica Parker on “Sex and the City” without Samantha: “We...