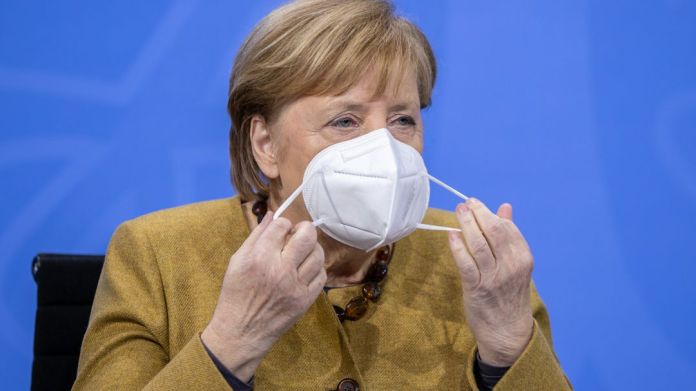 Berlin. According to Chancellor Angela Merkel (CDU), significantly more people in Germany can receive a vaccination against Corona in the second quarter. Merkel decidedly rejected criticism from coalition partner SPD to Health Minister Jens Spahn (CDU) because of his vaccination course.

“Jens Spahn is doing a great job now throughout the days,” said Merkel on Tuesday in Berlin after video consultations with the Prime Minister on the Corona situation. The question of whether he still enjoys her trust does not arise. She is glad that he is so active.

After organizational problems at the start of the vaccination and in view of the scarce vaccine, the SPD had violently criticized Spahn. Merkel campaigned for understanding that the government is sticking to its vaccination strategy. It is right that Germany should organize the vaccinations together with the other EU states in the European Union.

At first the vaccine is scarce. “We will only be able to vaccinate prioritized groups in the first quarter.” However, the new production facility of the manufacturer Biontech in Marburg, which is in preparation, justifies hope.

Merkel emphasized the importance of appointment management for vaccinations. If the vaccine is there, it must also be able to be vaccinated. This requires a high degree of predictability “without us being able to prejudge the approval authorities”.

Berlin’s Governing Mayor Michael Müller (SPD) said that planning security is very important to the Prime Minister. The key is an answer to the question: “How reliable, how can the next deliveries be planned?” In Berlin, letters of invitation were currently being sent out to people over the age of 80.

Bavaria’s Prime Minister Markus Söder (CSU) said: “Vaccination is hope.” But one should not have false hope. Exact forecasts about the future number of vaccination doses are not possible. That is in the hands of the manufacturer. But: “Sufficient has been ordered.”

ICEHL: This is what the semi-final duels could look like: –...

Chinese vaccine is said to have 79 percent effectiveness

Election in Catalonia: victory of the socialists, march through of the...

Anniversary descent without a show – excitement before double on Streif