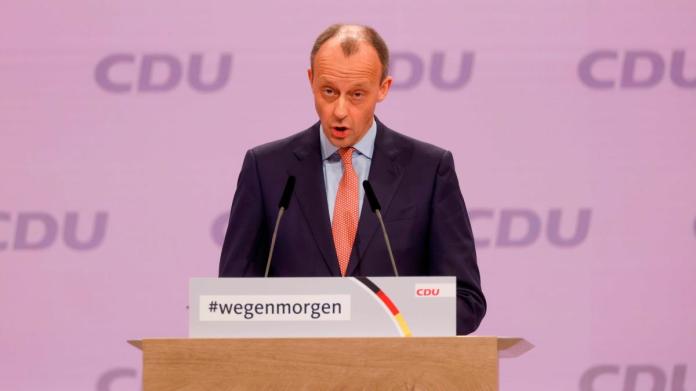 Two days after Armin Laschet was elected as the new CDU chairman, Friedrich Merz wrote a letter to all party members. In it he regrets any “irritations” that have arisen due to his behavior, agrees to continue working without an office and has a request.

DFriedrich Merz, who lost out in the election for CDU chairmanship, reacted to the massive criticism of his behavior after Armin Laschet’s victory.

In a letter to the party members, which WELT has, the 65-year-old regrets the “irritations” caused by his offer to Laschet to take over the economics ministry in the current government of Chancellor Angela Merkel (CDU). This advance had caused incomprehension even among his supporters. Merkel immediately rejected Merz’s offer.

A year ago, the CDU leadership made a proposal to him to bring his participation in the party very specifically, wrote Merz. “I was and still am open to this thought.” And added: “At the same time, I very much regret that irritations about myself arose over the weekend in this context.” He wanted to make it clear: “Even without an office, I will keep my promise to continue to work hard for the party. “

He appealed to the CDU members: “We should now support Armin Laschet with all our strength in his responsible task.”

The  Union “needs unity and good cooperation, and we must fight together: for our convictions and for our country”. If the party does not do this, “Germany threatens to slide into right-wing populism or green-left neo-socialism. Serious damage would be done to our country. “Merz thanked his supporters:” You have worn me with great passion over the past few months. “Now the party conference has decided in favor of Laschet.

Merz’s letter has been coordinated with Laschet

The  former Union faction leader therefore called for the support of the new party leader. “I ask all delegates to take part in the final written vote and to give our new chairman Armin Laschet a strong vote. And then we go to work together, ”they say.

According to WELT information, the letter is coordinated with Laschet. Both exchanged ideas after the online party conference, at which the NRW Prime Minister prevailed over Merz by a runoff election with a lead of 55 votes.

The  result of the postal vote, which is then required for legal reasons, is to be announced on Friday. In the Union, after its defeat, a continuation of the split within the CDU into a camp of more conservative Merz supporters and Laschet supporters is feared. Laschet basically supports a continuation of Merkel’s middle course. Antennas in their sights – blackmailers threaten Swisscom, Sunrise and Salt – they want millions for children

Palast takes a stand on allegations of bullying against Meghan

Federal police get man from plane

IBB looks to the new year with a little optimism