“As always, I am an optimist,” he wrote. According to official figures, Mexico is the country with the fourth most deaths as a result of the corona pandemic – almost 150,000 deaths have been registered so far. However, in the North American country with almost 130 million inhabitants – the tenth most populous country – very little is tested for the virus. In addition, the so-called excess mortality is very high there.
Despite the pandemic, the Mexican government has not yet imposed any exit restrictions and has not closed the country’s borders. It does not require visitors to take a negative corona test or isolation. López Obrador has repeatedly stated since May that Mexico has tamed the virus. Last Thursday, however, the number of daily deaths peaked: 1803 deaths were reported within 24 hours.
By December 12 alone, according to government figures, almost 275,000 more people died last year than the average between 2015 and 2018. Because of this excess mortality, the US newspaper “Wall Street Journal” recently came to the conclusion that Mexico was actually likely to follow suit the USA is the country with the second most corona deaths.
López Obrador once said that not lying and stealing protects against corona infection. He won’t wear a mask until corruption has been wiped out in Mexico. Over the weekend, the left-wing populist took part in events in the states of Nuevo León and San Luis Potosí. As usual, he traveled by scheduled flight. Photos of him in the past few days in closed rooms with other people, where nobody wears a mask, circulated on social media.  The  President himself published one of them: It shows him on Friday, sitting next to Foreign Minister Marcelo Ebrard, on the phone with the new US President Joe Biden. 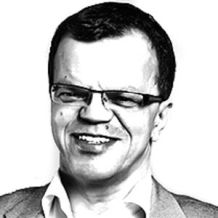 Point of view: Covid policy from above is at an end

Confidence in vaccines grows, fear of side effects decreases Vaccination expert: It may be necessary to withdraw the easing

National Council Commission specifies the muzzle for the task force

Brazil records more than a thousand corona deaths every day Coronavirus: Hermagor district is cordoned off

US Secretary of State Pompeo: “No longer restrict contacts with Taiwan”

Keriac on her 80th birthday: The new dance pioneer worked in...

Snapdragon 888 benchmarks: Qualcomm gives a first look at the performance

Car sales in the EU plummeted