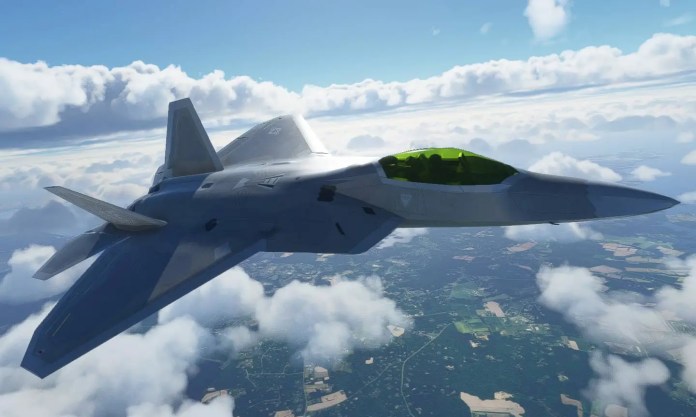 When the Microsoft Flight Simulator for the Xbox Series X / S appears, an Xbox One version is likely to be canceled, we can’t tell you. But there is interesting news about the modding community, with “Just Flight” being one F-15 want to bring into the flight simulation.

Just Flight confirmed that the F-15 fighter aircraft will be up late this month Microsoft Flight Simulator will debut. The add-on can be purchased from the Just Flight official website and gives access to four different versions of the F-15, officially known as the McDonnell Douglas F-15 Eagle are known.

The developers call the release date “mid-January”. It is more precisely from January 18, 2020 that the F-15 in Microsoft Flight Simulator ascends to heaven. Just Flight also has a couple of screenshots published on Twittergiving a taste of what to expect for gamers. According to the DC Designs Facebook page, the upgrade package costs around 35 euros and offers an upgrade offer of around 12 euros for earlier ones F-15 models older Flight Simulator games.

Finishing touches being applied to the F-15 C, E & I Eagle for FS2020 meaning the release isn’t far off. Here are pics from the manual and more can be found in the latest Dev entry on the product page. Worth a look!https://t.co/4Klw1LNnjb#FS2020 msfs2020 flightsimulator pic.twitter.com/ArhEJRMpWQ

How do I get the F-15 in Microsoft Flight Simulator?

The brand new F-15 will only be available on the Just Flight website. The Microsoft Flight Simulator has a paid mods service that allows modders and development teams to sell their work through an official channel. The Just Flight team has determined that they are currently trying to get the F-15 package into the store to make it easier for players to try the combat focused plane. While there is no timeframe for its release on the market, Just Flight’s official Twitter account stated that it is definitely im Microsoft Flight Simulator Store will be available. The timing is not yet clear.

Since the current offshoot of the Microsoft Flight Simulator As the fastest growing entry in the series, it should come as no surprise that developers are poised to take advantage of the larger player base. In part due to the game’s release on the Xbox Game Pass service, more gamers than ever are ready to tackle the often daunting world of aviation simulation, despite the high hardware demands on your PC.

Microsoft Flight Simulator is now available on the PC, but the download is very massive! Support for Xbox One and Xbox Series consoles is planned for 2021.

Donald Trump “isolated” in the White House: It will be lonely...

Coronavirus in Berlin and Brandenburg: Beauticians want to open just as...

Refueling is so much more expensive at the beginning of the...