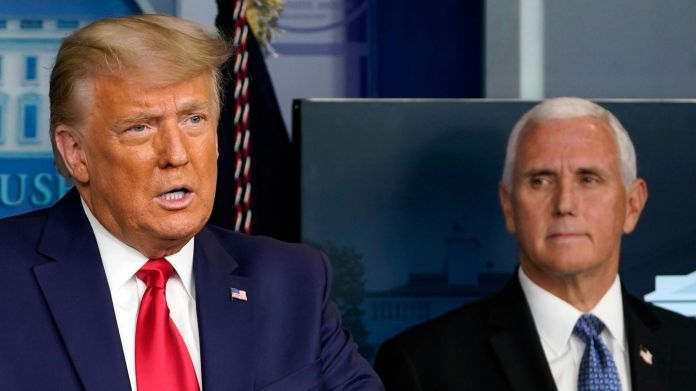 Two weeks before the inauguration of the new president, the US Congress formally confirms the election result. Actually a ritual, but Donald Trump’s supporters want to torpedo the session. It’s going to be an uncomfortable day for Vice President Mike Pence.

When the news came on the ticker at the end of last year that Donald Trump’s Vice Mike Pence was planning a trip abroad for January 6th, jokes quickly made the rounds. Pence wanted to run away to avoid the anticipated furor of his boss. Because on this day the Vice-President has the constitutional role of proclaiming the election winner before the joint assembly of both chambers of the US Congress. He does not have a free hand, he has to follow the election result. That practically sets the daily routine for Pence on January 6th: proclaim Joe Biden as the new president, offend Donald Trump with it and then let’s get away!

So much for the jokes. But one thing is clear: The day will be uncomfortable for Pence. He has always been loyal to his boss and Donald Trump practically never forgives what he considers disloyal. But on January 6th, pence’s hands are tied. According to the constitution, he cannot help but proclaim his political opponent as the winner. The fact that he is aware of this – despite all the Trump camp’s plans to topple the election result in Congress at the last minute – shows that he had his lawyers insisted that a rather bizarre legal dispute about his task during the session on June 6 To end January.

Mike Pence: Party puts him in a bind

Republican MP Louie Gohmert from Texas tried to force Pence through an idiosyncratic lawsuit to go beyond the ceremonial role so that Pence himself could annul results from the states. The US Vice President had the Justice Department petitioned the responsible judge to dismiss this lawsuit – on the grounds that the lawsuit was directed against the wrong person. Gaining more powers for the Vice President by filing a lawsuit against him is a legal contradiction. The responsible Texas judge followed this line of argument and dismissed the lawsuit.

Pence lawyers found a reason that did not offend their own political camp. In essence, however, Trump’s deputy made it clear in this way that he wants to behave in accordance with the constitution. An increasing number of Republicans find themselves in a similar dichotomy. Planned disruptive actions by several MPs during the official reading of the election results on January 6th met with criticism from within the party. The Republican Senator Ben Sasse described the plans of several party colleagues to object to the election results at the congressional session as “dangerous”. According to estimates from the ranks of the party, more than 100 Republicans from the House of Representatives could participate in the action. However, this should only drag the procedure out. The victory of Democrat Joe Biden in the presidential election cannot be shaken. This had been confirmed by a number of new counts and courts up to the Supreme Court.

Donald Trump “and his allies are playing with fire”

In a post that Sasse published on Facebook, the senator tore apart the election fraud allegations of Trump and his supporters. There is no evidence of this. “The President and his allies are playing with fire.” In internal talks he had heard from “not a single” Republican in Congress that there was any doubt about the election result. They only cared about how they would be in front of Trump’s most ardent supporters.

A group of Republican MPs from the House of Representatives and Republican Senator Josh Hawley announced that they would appeal the results from individual states that day. This enables them to force both chambers of congress to retire to separate sessions to debate the objection and ultimately vote on whether to accept or reject it.

Only if at least one member of the House of Representatives and at least one Senator raise such an objection in writing will this process be started. And only if, in the end, both chambers of congress accept the objection by simple majority vote, this will be successful. Given the majorities in Congress, there is no prospect that the action by Republican leaders will result in more than delay. In the House of Representatives, the Democrats have a majority and can crush an objection on their own.

Republican MP Adam Kinzinger said he expected around 100 of his House party colleagues to appeal. The broadcaster CNN reported on Friday, citing two unspecified Republican MPs, they expected a participation of at least 140 party colleagues from the chamber. So far, only Hawley’s support is known in the Senate. Leading Senate Republicans had opposed questioning the election results. 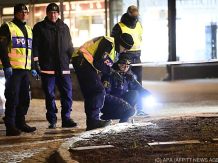 Three people in mortal danger after attack in Sweden – politics –

More than entertainment: New Year’s concert with an appeal to politics