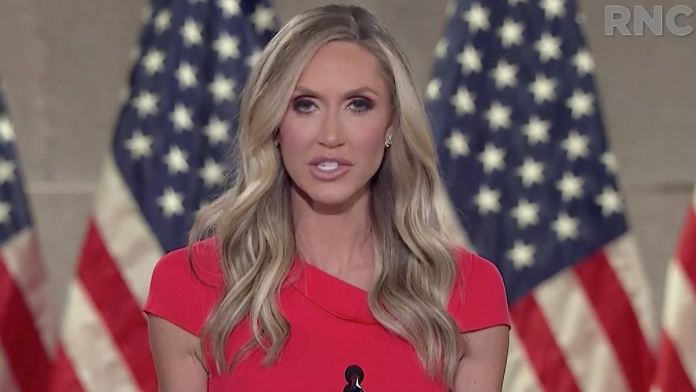 Joe Biden is the elected President of the USA, and in a few days the Democrat will start his first term in office. There are no well-founded doubts about this. Nevertheless, “millions and millions of Americans” will doubt the legitimacy of their new president, according to the daughter-in-law of the incumbent Trump.
The election campaign advisor and daughter-in-law of the elected US President Donald Trump, Lara Trump, expects the legitimacy of Joe Biden’s victory to be permanently in doubt. “I still think that people will never be convinced that Donald Trump did not win this election,” Lara Trump told Fox News. “There will be millions and millions of Americans who always think that Donald Trump should stay president for the next four years.”

Should Trump have to vacate the White House for Biden on January 20, she believes he will consider running again in 2024. Republican Trump had lost the presidential election in early November by a clear margin to his Democratic challenger Biden.

Trump refuses to admit defeat. He claims he was robbed of victory by massive fraud. Neither Trump nor his lawyers provided any solid evidence of this. Dozens of lawsuits from the Trump camp have so far been thrown out, including by the US Supreme Court. The state electorate confirmed Biden’s clear victory. The Democrat got 306 of the 538 votes – 36 more than required. 232 electorates voted for Trump. The US Congress meets this Wednesday to certify the results.

At the end of November, the “New York Times” reported that Lara Trump was also aiming for a political career – and was planning to run for senator for her home state of North Carolina. Lara Trump, who is married to the second eldest son of the President, Eric, told employees that she might want to apply for a Senate seat in 2022, the newspaper reported, citing Trump’s confidants.

The current Senator from North Carolina, Richard Burr, does not want to run again in the 2022 election. According to the magazine “Politico” there are already a number of candidates for Burr’s successor in the Republican Party. They also include President Trump’s chief of staff, Mark Meadows, and ex-Governor Pat McCrory.

Injured people and favorites: An exciting start to the World Ski...

Secret new Alaba demand: He has already lost it with these...