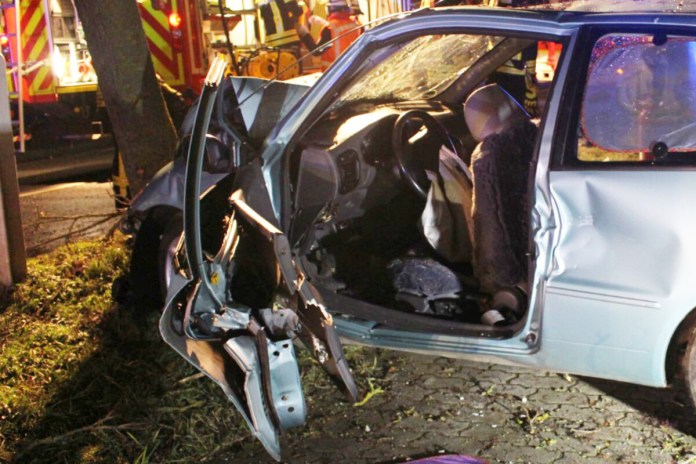 On Saturday evening there was a serious solo accident in Groß-Gerau (Hesse). However, the driver initially fled, leaving two injured people behind.

The  driver of a Mitsubishi put down absolutely reckless behavior after one Solo accident im south hessian Groß-Gerau on the day after he crashed head-on into a tree on Saturday evening without outside interference.

As a spokesman for the police in southern Hesse reported on Sunday night, the 41-year-old and two co-drivers aged 38 and 33 were on the way to the fire brigade on the Nordring in the industrial park there around 8 p.m.

After driving over a bridge, he lost control of his car for reasons that had not yet been fully clarified, got off the lane and hit a tree planted on the side of the road head-on.

The  two male passengers were seriously injured by the force of the impact, while the driver was still able to leave the car on his own. However, several testimonies ultimately showed that the 41-year-old did not immediately seek help, but inexplicably fled.

As stated in the police report, the person who caused the accident is said to have run away in the direction of a nearby field.

The  two seriously injured men who were left behind in the car had to be rescued from the car by the emergency services and were taken to nearby hospitals after initial treatment.

Subsequently, a search was made for the driver of the accident, including service dogs and a police helicopter. Finally, a 41-year-old man from Ginsheim was arrested.

The  alleged reason for his disappearance:

The  car was not registered at the time of the crash, and it was traveling without license plates.

A total of 35 emergency services and eleven company vehicles were deployed.

The  Groß-Gerauer Nordring was completely closed for around two hours as a result of the accident.

Witnesses who can provide further information on what has happened are required to call the number 06152/1750 to contact the responsible department.

Opening plan in five steps – will there be easing at Easter?

Corona – State failures in the pandemic: Phrases about freaking out – Column

USA is preparing special tariffs on aluminum products from Germany 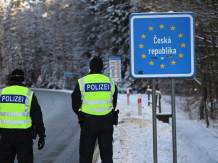 Strategy is expanded: With quick tests out of lockdown Sixth division beats Adele’s “Someone like you” after FA Cup victory...

New Covid version B1.1.7 – is the mutation more contagious for...

This applies to the partial lockdown from December 1st