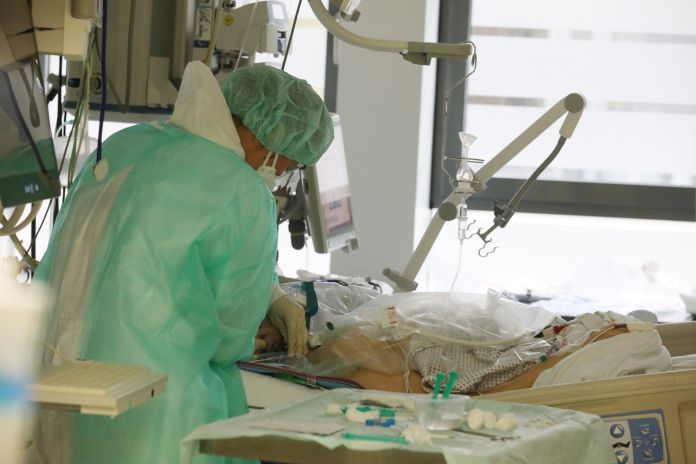 With 1,188 corona deaths within the last 24 hours, a new high has been reached in Germany.

The number of reported deaths in connection with the coronavirus in Germany has reached a new high. Within one day, the German health authorities reported 1,188 new deaths to the Robert Koch Institute (RKI), according to the RKI figures from Friday morning. In addition, 31,849 new infections were reported. The previous high of 1,129 new deaths was reached on December 30th.

In the case of new infections registered within 24 hours, the highest value was reported on December 18, at 33,777 – but this included 3,500 late reports.

When interpreting the number of cases, it should also be noted that in the weeks around Christmas and the turn of the year fewer people probably went to a doctor, fewer samples were taken and fewer laboratory tests were carried out, according to the RKI. “This may have resulted in fewer pathogen evidence being reported to the responsible health authorities.”

The information for the 7-day incidence should also be assessed with caution – until reliable figures for seven individual days are available. The RKI assumes that the reporting data on the occurrence of the infection will not be reliable until the end of next week / beginning of the week after next, as it was said on request. According to Chancellor Angela Merkel, clarity about the infection process after the holidays should be gained on January 17th.

The number of new infections reported to the health authorities within seven days per 100,000 inhabitants (seven-day incidence) was 136.5 on Friday morning. Its previous high was reached on December 22nd at 197.6. The differences between the federal states are enormous: Saxony had the highest incidences with 297.6 and Thuringia with 256.9. Bremen had the lowest value with 73.5.

According to the RKI report on Thursday, the Germany-wide seven-day R value was 0.92 (previous day: 0.83). This means that 100 infected people infect 92 more people. The value represents the occurrence of the infection 8 to 16 days ago. If it is below 1 for a long time, the infection process subsides. The RKI emphasized that the R-value may be underestimated because of the delays.

Corona situation is coming to a head in Brazil

The corona virus continues to spread in Brazil. The Ministry of Health reports 87,843 new infections. This increased the total number of infections to just under eight million. The number of deaths rose by 1,524 to 200,498 within 24 hours. Brazil has the most infections and deaths worldwide in the coronavirus pandemic after the US.

So far, over 87.34 million people worldwide have been infected with the coronavirus. 1.888 million died of or with the virus, according to a Reuters survey based on official data. The US is hardest hit with over 21.22 million infections and 361,143 deaths.

Is the demand for oil finally sagging?