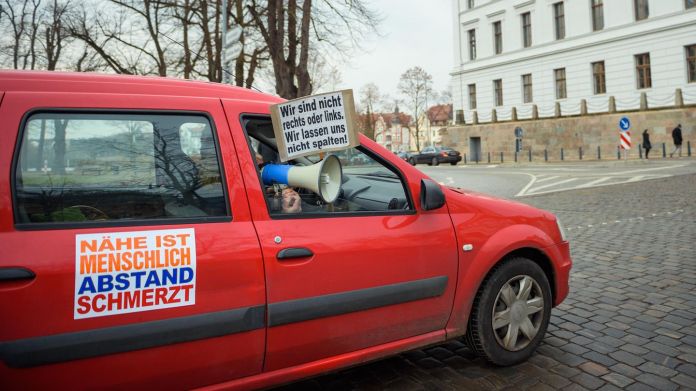 In Stuttgart, critics of the current lockdown wanted to draw attention to their anger with a car parade. In the end, however, the police had to intervene several times.

The  corona measures are tough and affect many people sensitively. Some of them wanted to gather in Stuttgart on Wednesday to protest with a car parade against what they thought were too strict rules. However, that did not go as the organizers had hoped.

The  several kilometers long parade moved from the Canstatter Wasen to downtown Stuttgart, where at the final meeting entitled “Car and motorcycle parade against the soft vaccination requirement” numerous participants apparently did not wear masks.

Police had to intervene several times

The  demonstration was properly registered and initially ran without incident. But towards the end the police had to intervene more and more frequently. According to the “Stuttgarter Nachrichten” there were many supporters of the lateral thinker movement among the participants. According to the police, a number of vehicle occupants got out of their vehicles without a mouth and nose cover at the final rally.

The y also did not pay attention to the necessary safety distances.

The  police took down the personal details of a total of 37 people. In addition, the officers reported 14 violations of the mask requirement to the administrative fines.

eFootball PES 2021 LITE, the free download is already available from...