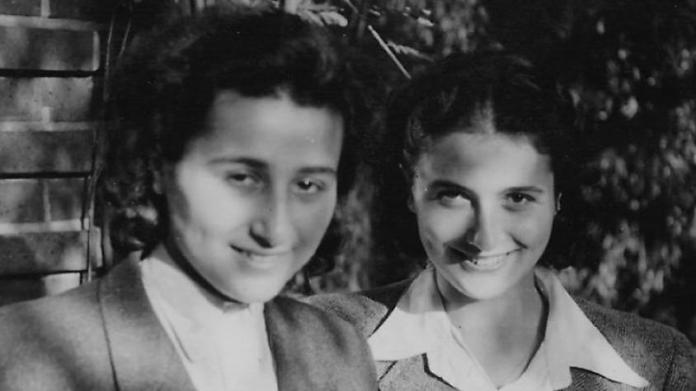 The contemporary witness Renate Lasker-Harpprecht died on Sunday at the age of 96 in her adopted French home La Croix-Valmer in Provence.
Renate was born in Breslau in 1924. She was the second of three daughters of the cellist Edith Lasker and the lawyer Alfons Lasker. In 1942 her parents were deported and murdered. Renate and her sister Anita were caught trying to escape from Breslau to France with forged papers. Renate was already on the train, but got out again when she saw that the Gestapo was standing next to her sister. Both were imprisoned by the Gestapo. In order to avoid possible torture, they decided together upon their arrival in the dark cell to end their lives with potassium cyanide. An uncle had slipped them the little tubes with the white powder, but then asked for them back again and exchanged the contents for icing sugar. While in detention, the sisters were separated and lost sight of each other. In the autumn of 1943 Renate was sent to Auschwitz-Birkenau and later to Bergen-Belsen. When she arrived at Auschwitz-Birkenau concentration camp, she accidentally discovered her sister’s shoes standing on the floor – she had arrived a month earlier. Together they survived the terrible time. Anita managed to help Renate, although she fell seriously ill right from the start. Both escaped being murdered by the SS. They were liberated by British soldiers in April 1945. Renate became a journalist and writer, she was married to the publicist Klaus Harpprecht. Her sister Anita Lasker-Walfisch gave the speech on International Holocaust Remembrance Day in the German Bundestag in 2018. She lives in London.

Trump is busy collecting donations after losing the election

Lockdown due to coronavirus,: Back to the lockdown light: All regulations...

Corona in Berlin: vaccination start – 101-year-old gets an injection

Traffic – Berlin – Disturbance at the level crossing: delays on...