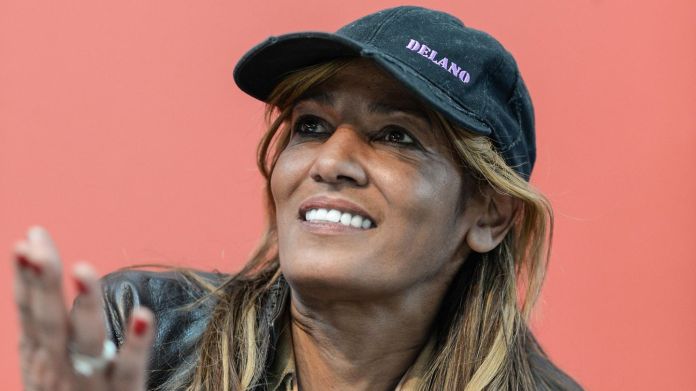 In the new year she wants to really get started again: Naddel is moving back to her old home – and has also paid off her mountain of debt. She already has plans for the future.

“Hello everyone, it’s that time again: I’m moving.” With this news, Nadja Abd el Farrag surprised her fans on Instagram on Wednesday. She had lived in Dangast in Lower Saxony for a year, where she earned her living with hard work. Among other things, she worked as a waitress, but the corona pandemic recently brought tourism to a standstill and deprived her of the opportunity to work. Naddel was last seen on videos as she toiled in a bakery and transported heavy sacks of flour.

But now there is a move, for the 19th time, “like a normal”, says the 55-year-old proudly. It goes back to the old homeland, as the “Bild” newspaper revealed. She is looking for an apartment in Hamburg for herself and her dog Lilly. Not anywhere in the city, but preferably near the Alster, “if possible on the Uhlenhorst or in Barmbek-Süd”. So in more expensive residential areas.

But Naddel can apparently afford it again, because she says she has paid off all liabilities: “I had a five-figure sum in debt, which is a high amount for me. But now I’ve done it – I’m debt-free, my life is positive again! “, she told the” picture “.

The apartment should already have two rooms and 70 square meters, but it doesn’t want to spend more than 1000 euros on it. Given the overpriced Hamburg housing market, an ambitious idea.

After all: Dieter Bohlen’s ex-girlfriend has taken precautions so that she doesn’t get so deeply into debt again and already has a new job: She is the brand ambassador of the “Käpt’n Flindt” bakery near Schleswig. From there, she had recently posted some videos on Instagram. And it is evidently well received by the employees: “We are all very proud of Nadja,” “Bild” quotes the boss of the bakery. So nothing should stand in the way of a new beginning.

So, despite the numbers, an Easter holiday in Germany should be...