Around 10,000 people took part in an unauthorized demonstration in Moscow.  The  police forcefully dispersed the demonstrators and arrested numerous protesters, including one Nawalnys Wife Julia and his closest colleague, the lawyer Lyubow Sobol.

In the center of the Russian capital, the demonstrators gathered on Pushkin Square before heading towards the Kremlin.

The re were many young people and middle-class people among the thousands of protesters in Moscow. Activists and journalists complained that the internet was being throttled. Videos of security forces who attacked protesters with batons circulated on social networks.

Nawalnys Julia Navalnaya reported her arrest through her channel on the online service Instagram. From a police prisoner transport, she published a picture of herself, which she provided with the message: “Please excuse the poor image quality.

The  light in the police transport is very bad.”

The  number of arrests nationwide stated the civil rights organization OWD at more than a thousand.

The  Russian authorities are threatening heavy penalties for participating in the unauthorized rallies. Numerous supporters of the opposition politician had already been arrested in the past few days.

Nawalny had called for protests against Putin after he was arrested on Sunday last week immediately after his return from Germany to Russia.

The  44-year-old was treated in Berlin after a poison attack in August. On Monday, a Russian court ruled that he was sentenced to 30 days in prison for violating suspended sentences. Nawalny blames the Kremlin for the assassination attempt.

The  44-year-old is now in the notorious Matrosskaya Tishina maximum security prison, where several opposition members have already died.

The  first rallies took place in the Far East of Russia and Siberia, where, according to the civil rights organization OWD, around 200 people were arrested.

About 2,000 people demonstrated in the center of St. Petersburg.

The re were also numerous arrests there. In Jaktustk in northern Russia, demonstrators defied extremely winter temperatures of minus 50 degrees and went for Nawalnys Release on the street. In the Pacific coastal metropolis of Vladivostok, the demonstrators chanted slogans such as “Freedom for Nawalny“and” Putin is a thief “.

“People who exercise their right to assembly and freedom of expression peacefully must not be criminalized,” said the Foreign Ministry in Vienna in a tweet on Saturday afternoon.

Nawalny and its supporters accuse the Kremlin of corruption, among other things. Had this week Nawalnys Team published research on a luxury palace that supposedly belongs to Putin and was financed by bribes.

The  video has been viewed nearly 68 million times since Tuesday.

The  Kremlin has denied the allegations made in the video.

Both the poison attack and the arrest Nawalnys after his return to Moscow had sparked international outrage.

The  EU and the US demanded the immediate release of the Kremlin critic. After imprisonment Nawalnys

The  voices also got louder after the German-Russian pipeline project Nord Stream 2 was discontinued.

The  EU Parliament on Thursday called for a construction stop on the pipeline and sanctions against those involved in the proceedings Nawalny and other Russian opposition figures.

Corona self-tests sold out: There will be more supplies here soon

Australian Open: Thiem is now dealing with a scandal professional

Federal Court of Justice confirms: Termination of pregnancy from the start...

Luca Attanasio: Italian ambassador to the Congo killed in attack

US corona aid: How Trump is played off by fellow party...

Corona crisis in theme parks: Disney wants to lay off around... 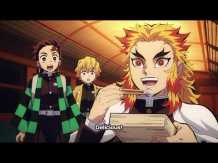