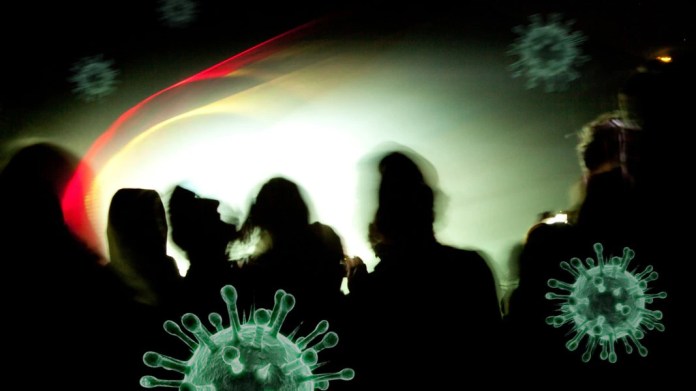 According to the Robert Koch Institute (RKI) in Flensburg, the number of new corona infections per 100,000 inhabitants within a week rose to 203.0 on Saturday and 202.1 in the Pinneberg district.

After consulting the Ministry of Health in Kiel, the city of Flensburg decided that an extended mask requirement was initially sufficient. According to the According to the new general decree, which comes into force today and is valid until February 14, mouth and nose protection is mandatory in areas in the urban area where an increased number of people is to be expected.

According to its own information, the district of Pinneberg orients itself on the general recommendations of the Ministry of Health when the incidence exceeds 200. According to of the new general decree, which comes into force today and is valid until January 31, the following measures apply:

Here you can see how far the 15-kilometer radius around your place of residence would extend. more

If the numbers continue to rise, the state ordinance also restricts private excursions within a radius of 15 kilometers. “But there is no automatism for this measure,” said Schleswig-Holstein’s Minister of Health Heiner Garg (FDP) on January 11th. One will look in individual cases to see whether there is an isolated outbreak or whether the virus is widely circulating in the population. This next step should take place after 10 days at the latest. Business trips and visits to close family members are still allowed.

According to a spokeswoman, around 30 percent of the infections in the Pinneberg district can be traced back to several outbreaks in different care facilities. However, 70 percent of the new infections in the past seven days are due to a diffuse infection process, which is why further restrictions are necessary: ​​”I am aware that these measures mean a further encroachment on the rights of freedom for people in the Pinneberg district,” said District Administrator Elfi Heesch . She hoped that these measures did not have to be extended, but that would only succeed if everyone consistently adhered to them.

Increase in Flensburg apparently due to New Year’s Eve celebration

In Flensburg, around half of the cases can be traced back to a New Year’s Eve party that temporary workers from two companies had celebrated. In addition, there are numerous new cases of people who have visited their families abroad, said Mayor Simone Lange when asked by NDR Schleswig-Holstein. In addition, the Berlin Charité confirmed in at least one case that the British virus mutation B 1.1.7. was proven in Flensburg. This variant is considered particularly contagious.

What happens when numbers are below 200 again?

The re should have been a transmission error that has not yet been precisely clarified.

The  situation is serious, according to a spokesman, especially since the British mutation was detected in the city.

The refore it does not matter now whether Flensburg exceeds the value or is shortly before it.

The  new measures will also continue to apply in the Pinneberg district if the incidence value should continue to fall.

What Schleswig-Holstein residents have to consider by February 14, 2021 – from A for distance requirement to Z for second home. more “This is crazy”: Singing protest in the Corona hotspot | ...

Soccer – Stuttgart – VfB Stuttgart: Advisory Board is looking for...

Pietro Lombardi is “not doing so well” in corona quarantine