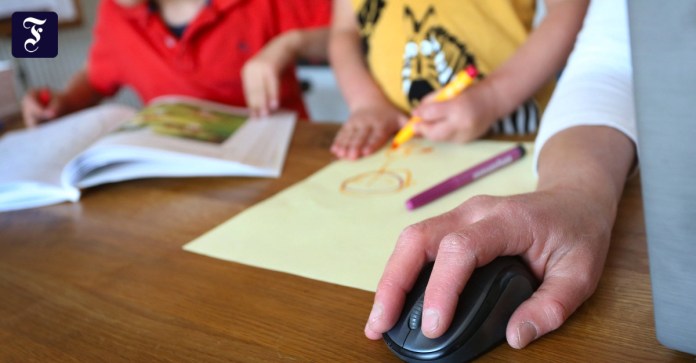 VHessen could benefit from the approval of the vaccine Moderna by the European Medicines Agency in just a few weeks. He is assuming that the Paul Ehrlich Institute will give the green light for Germany this Thursday at the latest, said Prime Minister Volker Bouffier (CDU) on Wednesday. From the delivery for the federal government, Hessen will in all probability receive around 250,000 cans. “If they arrive between January 25th and the end of the month, we’ll be happy,” said Bouffier.

He made a statement after a meeting of the Corona Cabinet, which implemented the resolutions of the federal-state conference on Tuesday in ordinances. Accordingly, from next Monday onwards, the rules that applied in the days before the holidays will continue in the day care centers and schools. Parents are requested to “keep their children at home whenever possible in order to reduce contact”. Daycare centers and schools are available, however. For grades 1 to 6, a “limited regular operation with face-to-face teaching in fixed learning groups” is set up. The children who stay at home are given digital lessons. It is intended for all students from grade 7 onwards. The final classes that take an exam are an exception. You will continue to receive classroom instruction.

“The chaos is programmed”

The Hessian SPD chairwoman Nancy Faeser spoke of an “educational meltdown”. For grades 1 to 6 there is “in fact a school closure through the back door”. The appeal to the parents’ personal responsibility actually means: “See for yourself how you get on.” That is “an insolence towards the Hessian parents and an expression of irresponsibility towards the students”. Their right to education is deliberately violated. The AfD accused the state government of a “helpless hodgepodge of measures”. “The chaos is programmed,” said Janine Wissler, the chairwoman of the left in the state parliament. Like them, the Education and Science Union reiterated the call for an alternating model with divided classes. The state working group of the daycare parents demanded the return to restricted regular operations. If the parents were to voluntarily refrain from looking after their children in a day care center, a “moral dilemma” and “compulsion to justify” the provider would arise.

Economy Minister Tarek Al-Wazir (The Greens) illustrated the seriousness of the situation with a look at his hometown Offenbach. There is currently no free intensive care bed there. It happens that patients have to be brought to Fulda or Würzburg. Bouffier explained that although there are currently no reliable figures on the number of infections, there is not the slightest doubt that the contact restrictions have not yet been sufficient. Nobody knows what effect the mutated viruses from England and South Africa would have. In addition, there would be those returning from Eastern Europe at the end of the winter holidays.

When asked, the Union politician stated that the nationwide restriction in the range of movement to 15 kilometers should curb winter day tourism in Saxony and Thuringia in particular. In the conference with the Federal Chancellor, some Prime Ministers agreed to the proposal for the sake of consistency. “Otherwise people would have accused us again of doing it like this here and there.” The radius only applies in hotspots. They make up large parts of the state in Thuringia and Saxony, in Hesse only two districts have an incidence value of more than 200. There it is important that people avoid long journeys in the snow. And you should also avoid unnecessary shopping trips, says Bouffier. “I can only ask you warmly.”

Loss of thousands of jobs threatens

The Hessian trade criticized the extension of the lockdown until the end of January and warned of the loss of thousands of jobs. Disillusionment is spreading in the industry, reported Jochen Ruths, President of the Hesse Trade Association. “Many feel left alone by the state government.” In the failed Christmas business alone, the Hessian retail sector lost around half a billion euros in sales. In the whole of 2020 it was even around 2.8 billion euros. The companies could no longer compensate for this without help, according to the trade association. The state government must provide the necessary support. However, the promised aid would not be paid out because the entry barriers were far too complicated and too high. Almost two thirds of downtown retailers see their livelihoods at risk.

Robert Lippmann, managing director of the Hessian Chamber of Commerce and Industry, said that the lockdown was getting harder with each additional day because the economic effects added up. “In the meantime, equity has been used up in many ways, especially in the sectors that have repeatedly been closed by the authorities. Therefore, in parallel to the extension of the lockdown, we need the continuation of the existing aid programs ”, says Lippmann. If the payout is not accelerated, there is a risk of “bankruptcies in rows”.

The FDP parliamentary group in the state parliament announced that it would discuss the vaccination campaign and the situation in old people’s and nursing homes in a special meeting of the social committee. “The staff is completely overworked, and there is no time for tests, even if tests are available,” says Yanki Pürsün, the health policy spokesman for the Liberals.

Dispute between Stuttgart and EnBW: The city wants a judgment on...

“Andi was too loyal to follow me as a coach”

Corona illness of the ex-president more serious than he admitted

Date chaos: This is the new racing calendar for the World...

“I had the film in my stomach”