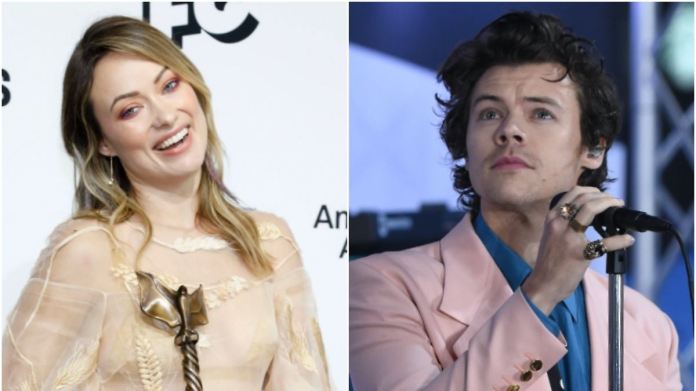 Musician and actor Harry Styles and colleague Olivia Wilde get to know each other on the set of their new film together – and apparently fall in love. The two have now at least been spotted hand in hand at a wedding in California.
These two have the potential to become the new dream couple in the dream factory: According to a report by the US portal “TMZ”, musician and actor Harry Styles and actress Olivia Wilde were seen together at a wedding – holding hands and visibly in love. In “Page Six” there are already pictures showing how the two stars appeared hand in hand and with face masks at the wedding ceremony.

It was the wedding of Styles’ manager Jeffrey Azoff, which rose last weekend near Santa Barbara in the US state of California. Because of the corona pandemic, only 16 people were on site at the intimate ceremony – Wilde as the “plus one” of Styles.

How the 26-year-old Styles and the ten-year-old Wilde got to know each other better is obvious: Styles plays in the film “Don’t Worry Darling”, which is currently being shot and in which Wilde is both an actress as well as sitting on the director’s chair. It was only in November of last year that Wilde separated from her partner Jason Sudeikis, with whom she has two children and was together for around nine years.

Harry Styles became known as a member of the boy group One Direction, but has been solo music since 2017. And he’s also increasingly in front of the camera. He received a lot of praise for his role as soldier Alex in Christopher Nolan’s war drama “Dunkirk”. But his fashionable escapades have often made the headlines because he doesn’t care much about stereotypes when choosing his outfits for the red carpet. Speaking of the ongoing rumors about his sexual orientation during an appearance in July 2018, he said, “I mean, we’re all a little gay, aren’t we?”

Sales of German automakers in China rise to a record high Health – Stuttgart – No corona easing between the years –...

After three years of trial: The Buwog judgment comes

Weather – Stuttgart – Meteorologist: Probably a white Christmas in the...