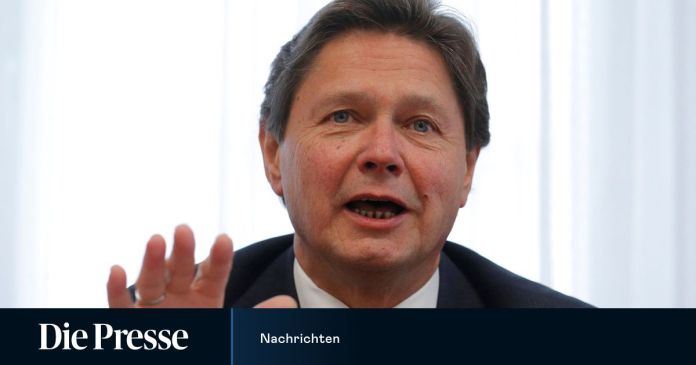 Former Verbund board member Wolfgang Anzengruber becomes part of the participation committee of the ÖBAG – an advisory body that has to approve any new participations or guarantees.  The  state holding wants to strengthen its expertise in the areas of sustainability, renewable energies and future topics, it said on Wednesday in a message.

“ÖBAG has a historic opportunity to initiate important course adjustments and thus make a decisive contribution to the further development of the Austrian economy towards more sustainability”, was Anzengruber quoted. “I am looking forward to passing on my experience in close cooperation with ÖBAG in the interests of Austria as a location.” ÖBAG sole director Thomas Schmid emphasized Anzengruber’s qualifications in the areas of infrastructure and renewable energies.

The  participation committee in which Anzengruber moves in, was created in the course of the reform of the former ÖBIB to ÖBAG. It acts as an independent expert body and has an advisory function – for the management board, the supervisory board and also ministers. Any acquisitions or the entering into of guarantees require the approval of the participation committee. It basically consists of five to nine members.

The re are currently seven members. Next Anzengruber they are: Klemens Breuer, CEO of Bankhaus Lampe; Stefan Hamm, board member of Tyrol Equity, Kari Järvinen, founder of Solidium Oy, the experienced banker Michael Mendel (chairman of the supervisory board of Heta); Pål Raaum, founder and chairman of PRE Management Bolig AS and PRE CHINA Management AS as well as former OMV supervisory board chairman Wolfgang Berndt.

The  investments currently have a total value of EUR 26.6 billion.

According to Schmid, this is a record high – not least due to the performance of the Verbund group. “After an eventful year on the international stock exchanges, ÖBAG and its portfolio companies continue to make an important contribution to the capital market,” said Schmid, who often found himself in the headlines last year. Among other things, it was about allegations in the casino affair.

The  ÖBAG boss or his lawyer always rejected all allegations, the presumption of innocence applies.

The  opposition repeatedly called for his dismissal and the implementation of a two-person board.

“Our declared goal is to create added value for the business location through active investment management and, especially in turbulent times, to ensure stability and predictability for the company through our participation”, emphasized Schmid today.

Within two weeks: number of those who tested positive in Berlin...

Prince Harry & Duchess Meghan: When they invited Oprah to the...

Confusing right of way for cyclists