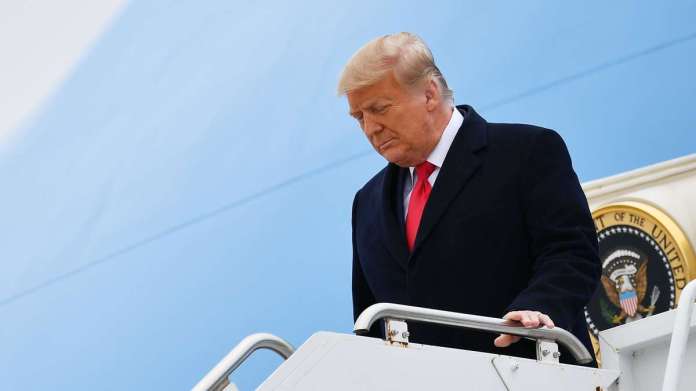 The  last few days in the White House: Confidants show Donald Trump positive polls that should reassure him. That amounts to a denial of reality.

The  days of Donald Trump im White house are counted. Numerous members of his own republican party are turning away from the outgoing US presidents from.

The re is hardly any consolation for the 74-year-old. His remaining advisors: apparently cheer up his ego with Trump-friendly and calming Survey on.

In the past few days, some close associates have been polling news organizations and pollsters for Donald Trump printed out to show that the elected ruler continues to have a solid base with the Republican voters: inside. This is reported by the American news site “Daily Beast”, citing two people who are familiar with the subject.

Donald Trump: Friendly polls are balm for the soul of the US President

“He has already asked for the numbers several times,” an insider told the US medium.

The  surveys are still good and in Trump-Team be convinced “that they will go back up.” Donald Trump got asked that encouraging Surveys on Twitter should land – there it is, however, locked.

BREAKING: 80% of Trump voters and 76% of Republicans are less likely to vote for a member of Congress who votes for impeachment. https://t.co/6CUu12AKT3

Although has Donald Trump no longer has access to his “@realDonaldTrump” account, but there are still numerous Content of his team. On the 13th, the MAGA account “Trump War Room” shared friendly numbers for the US presidents and wrote: “BREAKING: 80% of Trump voters and 76% of Republicans are less likely to vote for a member of Congress who votes for impeachment.”

For the Still-incumbent seem the positive polls Balsam to be for the soul.

The y would show that most Republican voters should continue to be “with me” Donald Trump said in a conversation. His former allies, who turned their backs on him after the riots in Washington, were wrong.

Donald Trump cheers himself up with reassuring polls, but the reality is different

But the reality is another. In fact, they fall Survey results of Donald Trump in the USA into the abyss. After the violent storm of the US Capitol by Trump fans, only 29 percent of those questioned gave the incumbent a positive testimony for his leadership, as the renowned “Pew Research Center” reported on Friday – a new negative record.

68 percent of the 5360 respondents declined to like Donald Trump doing his job. Likewise, 68 percent told pollers that they did not want the controversial politician to play an important role in United States politics in the coming years.

Joe Biden, elected US President, has received mostly positive marks from Americans since the election in early November: 64 percent rated his behavior as good or excellent. At Donald Trump only 23 percent of those questioned saw such behavior.

Also turn Trump-Fans from the ruler: In the camp of President According to Pew, the proportion of those who rated Trump’s behavior as poor doubled to 20 percent within two months.

Three out of four respondents believed Donald Trump also for jointly responsible for the attack on the Kapitol. Even among Republicans, 52 percent said they were. However, the survey also shows that many Trump supporters continue to believe in electoral fraud. 64 percent said Trump have the 2020 US election likely or definitely won.

To date, there is no evidence of systematic fraud, and allies of the President have repeatedly failed with motions and lawsuits in court. (Tim Vincent Dicke)

Samsung’s new phones are stronger than ever before – multimedia

LG gives a taste of new InstaView fridges in 2021

Carl Zeiss Meditec: What is in the company’s recent books |... 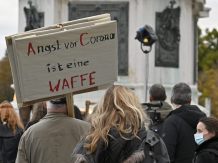 Four corona demos registered in Vienna: One may take place –...