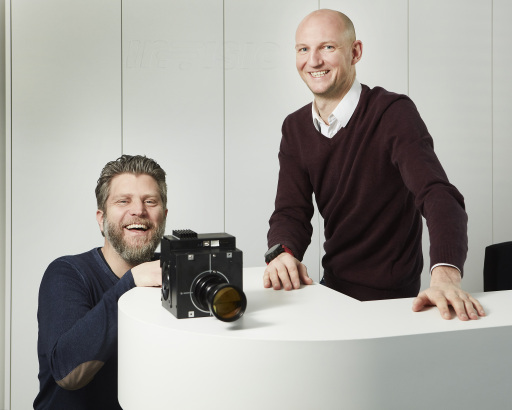 Florian Zangerl (CEO) and Christof Hieger (CTO) took over the management of the high-tech company based in Guntramsdorf and Boston at the beginning of the year.

Vienna / Boston (OTS) – At the beginning of the year, the Austrian optics specialist In-Vision will be headed by a new management team: Florian Zangerl will take over commercial management with sales and personnel as CEO. Long-time head of development, Christof Hieger, is CTO in charge of R&D and production.  The  company, based in Guntramsdorf and Boston, produces optical systems that are used as so-called “light engines” in industrial 3D printing as the heart of the exposure process. In-Vision was only able to announce the market launch of the world’s most powerful light engine in November, which will enable previously unimagined speeds in the printing process.

The  aim of the new management is to further develop the company in line with the motto “Future built on light”. “With our optics and light engines, we have a perfect technological basis from which we will still make a great deal. Both in terms of sales volumes and areas of application, ”says Zangerl.

The  company’s products are already being used for high-precision 3D measurement technology solutions and in high-end simulators. “We still see many areas of application for the perfect combination of DLP chip and precision optics. Even if DLP technology has already brought about many groundbreaking technological changes, we are only just beginning to change other markets and processes sustainably, ”says Hieger.

Born in Bregenz, he brings extensive experience in sales and marketing. After a management buyout and seven years of self-employment with Industriemagazin Verlag, he was most recently managing director of WEKA Industrie Medien, where he drove the transformation of a publishing house into a modern media company. Zangerl is married and has one son.

Born in Vienna, he has been with In-Vision since 2017 and previously worked for ZKW Electronics in Wiener Neustadt as head of module production and process development. Hieger has completed two studies in the fields of mechatronics and robotics, is a multiple specialist book author and holder of four patents. Hieger has a daughter.

The  areas of application range from 3D printing and metrology to lithography.

The  high-end optics are produced exclusively at the company’s headquarters in Guntramsdorf in the south of Vienna, where over 70 employees work.

Plug Power, Nel ASA and Ballard Power in free fall – that’s why there is a risk of much sharper price losses 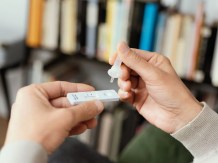 Lidl and Kaufland: innovation in grocery chains – it is also noticeable in the customer’s wallet

Good to know: This is how the corona vaccine is safely...

Thanks to China’s momentum, Daimler is confident about the coming year...

So what is that? Dm customers fall for the product...

In the 3-0 defeat against Lugano: Sion President Constantin has to...