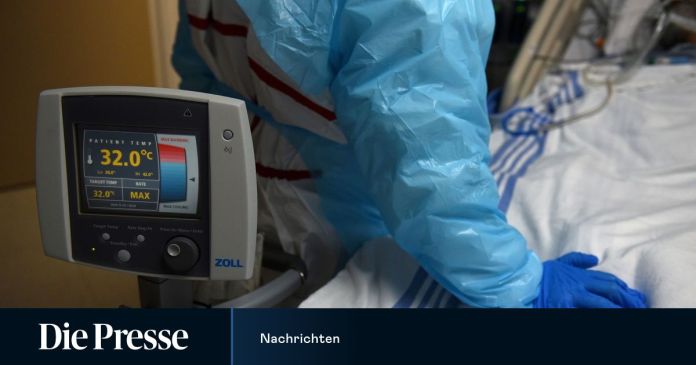 The number of new corona infections in the USA has reached a new high. In Germany, 312 new deaths were recorded within 24 hours.

The number of new corona infections in the USA has reached a new high: According to the Johns Hopkins University in the USA, more than 277,000 new cases were reported within one day by Saturday, more than ever before. A total of almost 20.4 million US citizens have been infected with the corona virus so far, the death toll is almost 350,000.

The USA is the country most severely affected by the coronavirus in the world. Shortly before the end of the year, top virologist Anthony Fauci had warned that the worst could still lie ahead in the country, as the travel traffic around Christmas and New Year’s Eve is likely to have further fueled the spread of the virus.

Meanwhile, the US vaccination program is suffering from logistical problems. So far, a good 4.2 million US citizens have received a first vaccination dose, far less than the 20 million promised by outgoing President Donald Trump by the end of 2020.

The German health authorities reported 10,315 new corona infections within one day on Sunday. In addition, 312 new deaths were recorded within 24 hours, as the Robert Koch Institute (RKI) announced in the morning. Interpretation of the data is currently difficult, however, because fewer people are likely to be tested during the Christmas holidays and around the turn of the year and not all offices may transmit their data.

According to the RKI, this can result in late registrations. The number of new infections reported to the health authorities within seven days per 100,000 inhabitants (seven-day incidence) was 139.6 on Sunday morning. Its previous high was reached on December 22nd at 197.6. However, the differences between the federal states are enormous: Saxony had the highest incidences on Saturday with 329.7 and Thuringia with 248.9. Schleswig-Holstein had the lowest value with 77.4.

According to the RKI report on Saturday, the nationwide seven-day R-value was 0.95. This R value means that 100 infected people theoretically infect 95 more people. The value represents the occurrence of the infection 8 to 16 days ago. If it is below 1 for a long time, the infection process subsides. In its report, however, the RKI emphasizes that at the turn of the year, corona cases are only discovered, recorded and transmitted with a delay, “so that the R value may be underestimated”.

“On” instead of “with” Corona: Covid patients die of “internal suffocation”

Vaccine is left in nursing homes

CoV pandemic: Why you should train differently at the moment

Stuttgart-Zuffenhausen: Police officer is bitten by a woman on duty –...