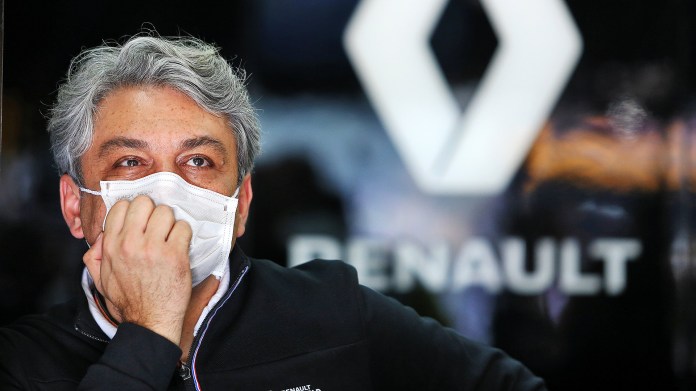 The French car maker Renault has had problems for years. Now the new CEO Luca de Meo has announced the conversion to a technology group – and further savings.

“Renaulution” is what Luca de Meo, who has been CEO of Renault since July last year, calls his strategy for leading the troubled French carmaker back to success.

Behind the bumpy play on words from Renault and Revolution is a comprehensive contingency plan, with the help of which de Meo wants to completely turn the car manufacturer inside out – towards more services and technology, but fewer cars. The aim is to reduce the number of cars produced annually from the current 5.5 million to 4 million.

20 percent of sales planned for services

At the same time, the company, based in Boulogne-Billancourt near Paris, aims to generate at least 20 percent of its sales with services, data and energy trading by 2030. “We will develop from a car company that works with technology to a technology company that works with cars,” announced de Meo, who worked for the Volkswagen Group for many years before joining Renault, most recently as head of the Spanish VW -Daughter Seat.

In addition, the group should be profitable again as soon as possible. Renault had a record loss of around 7.3 billion euros in the first half of 2020, also because of the deep red numbers at its Japanese partner Nissan. Business figures for the full year are to be presented in mid-February. It is already known that global vehicle sales by the French in 2020 fell by more than 21 percent.

The situation at the car manufacturer is so serious that last year the company had to ask the French state for a guarantee for a five billion euro loan. The appointment of the 53-year-old Italian de Meo brings great expectations in France. The Paris daily “Le Monde” called him “Renault’s last hope”.

When presenting his goals, De Meo left no doubt that the austerity measures announced last year must be tightened. According to this, Renault should achieve the savings target of two billion euros set by 2022 more quickly. The costs are expected to fall further – by three billion euros by 2025.

Associated with this are plant closings and the loss of 15,000 jobs, including 4,600 in France. Investments in research and development are to be reduced from ten percent of sales to below eight percent by 2025.

Overall, Renault, like its Japanese partner Nissan, has to turn back the expansion driven by the slain CEO Carlos Ghosn. Instead, more attention should be paid to the return.

De Meo had already issued a new course when he took office: “Profitability instead of volume” – that is, selling fewer vehicles, but at a higher price. The two dozen new car models planned by 2025, including at least ten all-electric cars, should contribute to this.

Long-term consequences: Even people infected with corona without symptoms can become...

Republicans are calling for more sanctions on Nord Stream 2