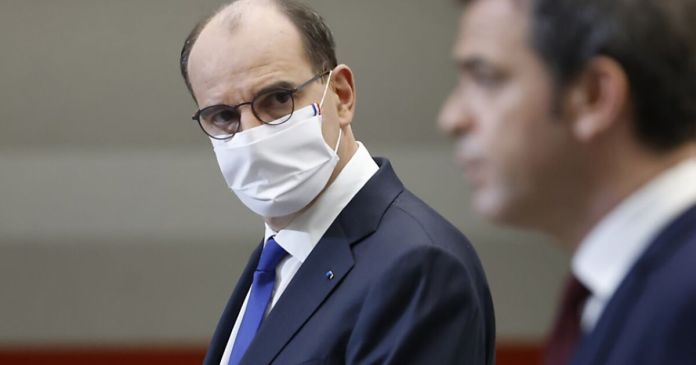 Due to concerns about the spread of the British coronavirus mutation, France is tightening its corona measures: A nationwide curfew will apply from 6 p.m. on Saturday, as Prime Minister Jean Castex announced on Thursday evening in Paris. In addition, the controls for immigrants are to be tightened.

The n the situation will be reassessed. So far, the curfew from 6 p.m. is already in place in 25 administrative districts in the east of the country, including in the border area with Germany. In the rest of the country there is currently a curfew from 8 p.m.

In addition, France is relying on stricter tests for travelers from non-EU countries: In future, you will have to present a negative PCR test when entering the country and should also be quarantined for a week as a precaution. A second PCR test should then be due.

The  French schools should remain open. Health Minister Olivier Veran had already announced large-scale test series. According to him, up to one million students aged six and over and their teachers should undergo corona tests every month.

Retrieved on January 15, 2021 at 1:16 am on https://www.sn.at/panorama/international/naechliche-ingangssperre-in-frankreich-ab-samstag-98365606

German rock greats died: His band is legendary – “His health...