Duchess Meghan and her lawyers want a quick trial.  The  publisher she is suing, however, wants a real process. Advisors to the British royals meanwhile do not want to take a position.

In the legal dispute between the publisher of the British Sunday newspaper “Mail on Sunday” and Duchess Meghan, four advisors to the royal family want to remain neutral. This was what the “BBC” reported in a hearing from their lawyers in a letter.

The  four advisors do not want to side with one of the parties involved. “Our clients are all strictly neutral,” it continues.

That means Buckingham Palace will stay out of this dispute. Neither Queen Elizabeth II, nor Prince Charles, nor Harry’s brother, Prince William, will do anything in this proceeding.

The y could “bring no light into the dark”.

Duchess Meghan had sued the editor of “

The  Mail On Sunday” and “Mail Online” over several articles in which parts of a handwritten letter to her father Thomas Markle had been published.

The  lawyers of the former “Suits” actress recently called for a “Summary Judgment”, which could be made without a full trial and could significantly shorten the entire procedure.

The  lawyers on the other side insist on a full trial. This was supposed to start at the beginning of this year, but was later postponed to autumn 2021. After the hearing was over, it was initially not clear whether the trial would now take place.

The  responsible judge will announce his decision at a later date.

In Wuhan everything is now as if Corona had never been...

Harald Mahrer: “This debate about the ski lifts is total …

No decrease in the number of free intensive care beds 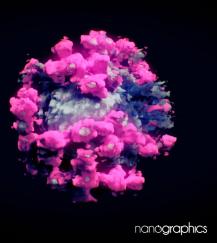 In 3D: researchers take first photo of the coronavirus – panorama