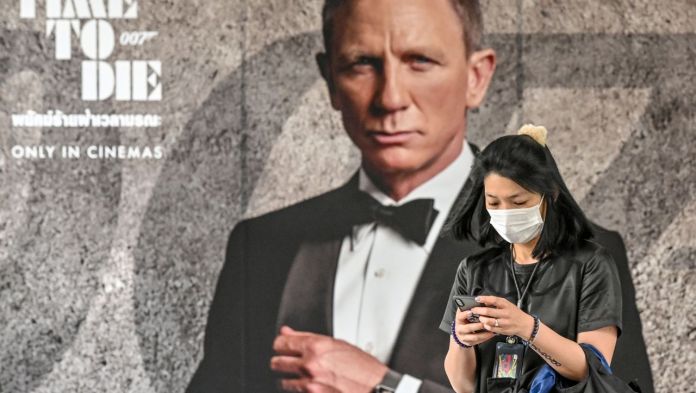 It is supposed to be the last “Bond” film with Daniel Craig, but the lap of honor is hesitating again: As US industry services report, the start of “No Time to Die” has been postponed again. Instead of coming to US cinemas on April 2nd as planned, October 8th is now the new start date. Originally, »No Time to Die« was supposed to be on view in April 2020, but the corona pandemic made this date and all other subsequent dates obsolete.
The  first postponement of the film had already sent out a signal for the industry, which reacted with little delay: All other blockbusters planned for 2020 were either postponed into the new year, offered as video-on-demand or parallel to a reduced theatrical release on the same day still offered at a streaming service.

The  latest postponement of “No Time to Die” already shows similar effects. Sony has announced that it will also postpone titles such as “Ghostbusters: Afterlife”, “Cinderella” with pop star Camila Cabello in the lead role and the comic book adaptation “Morbius” with Jared Leto. “Cinderella” is now due to start in July, the new “Ghostbusters” film in November, “Morbius” not even until 2022.

Only Christopher Nolan’s “Tenet” had a global theatrical release last summer, but at that time most US cinemas were still closed. Since the box office results were comparatively disappointing, a start without largely open US cinemas has since been considered unacceptable.

After criticism of racism: Carnival show on WDR gets billboard

Criticism of the federal government before vaccination start: Lindner: Germany is...

Aurel Mertz, Journelles – This is what influencers say about the...