Since Michael Wendler announced his “DSDS” -off, made crude claims about the corona measures and the federal government as well as made a concentration camp comparison, the singer has no longer been on television. RTL drew the consequences after vehement criticism and deleted him from all “DSDS” episodes that had already been produced. However, he continues to advertise his Telegram channel on his social media channels.

Wendler’s advertising partners have now distanced themselves from him. He already said: “I’ve lost millions of advertising contracts – I don’t care because I love people, love my fans and because I can’t live with being silent and letting so many people die, let them run into the knife.” Laura Müller’s influencer activities are also suspended. Because she did not distance herself clearly from her husband’s statements, the companies also distance herself from her.

Oliver and Amira Pocher had actually said that they no longer wanted to talk about the Schlagerbarden in their podcast. But in the latest episode it was an issue again.  The  comedian predicted when he would finally go underground and why there were parallels between him and an ex-jungle camper.

Oliver Pocher initially said that there would still be around nine episodes of “DSDS” with the Schlagerbarden and then we would have the Michael Wendler topic behind us. “

The n it will not show up anywhere anymore, there will be a rude awakening”says the comedian. And further: “Now he’s tried miserably to come back. “ Following this, Pocher quoted from Wendler’s recently published “Offer to RTL”:

By the way, Amira said of Wendler’s offer: “How he ingratiate himself.” And Pocher added: “He just didn’t understand it. That went all the way to the top management of RTL Bertelsmann. I’m talking from the very top, he’s persona non grata.” If he ever lost it with such a media company, then he was just not a person who would be tolerated any longer.

Pocher finally draws a comparison with an ex-jungle camper who caused a major scandal in 2008 as part of the third season of “I’m a star – get me out of here!” would have. “DJ Tomekk showed the Hitler salute in the lobby of the Versace Hotel. That was over ten years ago, nobody talks about him anymore, nowhere does he appear.

The  same fate will happen to Michael Wendler”says the comedian. As a reminder, while the artist was in the jungle camp, Tomekk’s video of the scene was made public. He had to leave the show immediately. Sonja Zietlow said at the time:

It was only recently announced that before the start of this year’s “Jungle Show”, which is being produced for the first time in Cologne due to the corona, Nina Queer will no longer be part of the show.

The re was criticism after she ironically described herself as a “Hitler tranny” in defense of a racist statement. Broadcasting boss Jörg Graf explained:

“Against the background of current discussions and our attitude to clearly condemn all forms of anti-Semitism, racism and discrimination, we cannot and do not want to offer a platform in an entertainment program to someone who calls themselves ‘Hitler-Transe’.”

Oliver Pocher said about the decision of his home broadcaster: “At the moment, the Wendler and all the episodes at RTL are very sensitive to this issue.” A “Prince Charming” candidate, who is also Georgina Fleur’s best friend, is moving in for Nina Queer. Amira was excited about Sam Dylan’s choice: “I’m so happy about that. He has grown dear to my heart.”

Sam also takes place regularly in Pocher’s screen control. In contrast to many others, however, he takes the comedian’s comments with humor, which has probably gained him some points of sympathy with the Pochers.

Michael Wendler was finally banned from RTL. After he recently came up with a tasteless concentration camp comparison with regard to the currently tightened corona measures in Germany on his Telegram channel, he shot himself out once and for all. “DSDS” radically removed the former juror from the show.

Wendler, of course, criticized this step, claiming again and again that he was neither an anti-Semite nor a racist or a Holocaust denier. In the step of RTL he saw …

Belvedere 21 looks for traces of Joseph Beuys in Vienna 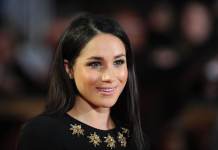 Duchess Meghan: is she burning down all bridges?

Energy consumption in Germany: climate targets for 2020 achieved due to...

“Sisi”: On Netflix, Devrim Lingnau is the new empress – folks

Western Digital is expanding its portfolio of portable SSDs

Britney Spears: Why the new court order is a minor victory... 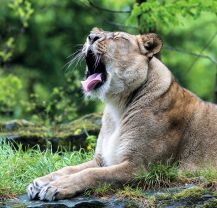 Dead minks could be dug up again

Aldi: The network puzzles over this photo – “How can that...