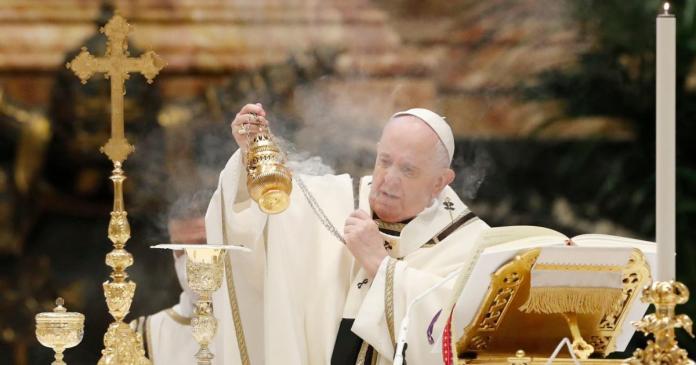 At a mass in St. Peter’s Basilica on the Feast of Epiphany, Pope Francis called on the faithful to put aside hopelessness and self-centeredness and to cultivate “believing realism”. “Life is not a talent show, but a journey to the one who loves us,” said the Pope at the Epiphany Mass.

Due to the corona protective measures, only a few dozen believers and 25 cardinals took part in the mass.

The magicians from the Orient, who paid homage to the baby Jesus and his mother in the stable in Bethlehem, had a lot to teach the people, said the Pope. After a trip you are no longer the same as before. There is always a change in those who have gone one way. “Their knowledge has expanded, they have seen new people and things, they have seen their will grow stronger through the confrontation with the difficulties and dangers of a journey,” said the Holy Father.

In this way, “failures, crises and mistakes” could become “instructive experiences”, stressed the Pope. Trials and trials of life would strengthen faith. It makes you more humble and more open to God. Sins could also lead to spiritual growth if repented, Francis said. It is important to acquire the “believing realism” of the astrologers, who hopefully and humbly followed the light above the manger to find the Lord.

For the first time since the Christmas mass, Pope Francis led a public service again. Francis had to stay away from the ceremonies at the turn of the year because of a sciatica.

Blood plasma “not a miracle cure” for COVID-19 patients

Transport – Berlin – south-west has the most e-charging points of...

Lionel Messi torments himself in a draw of FC Barcelona to...

Elderly woman dies after corona vaccination – cause of death checked