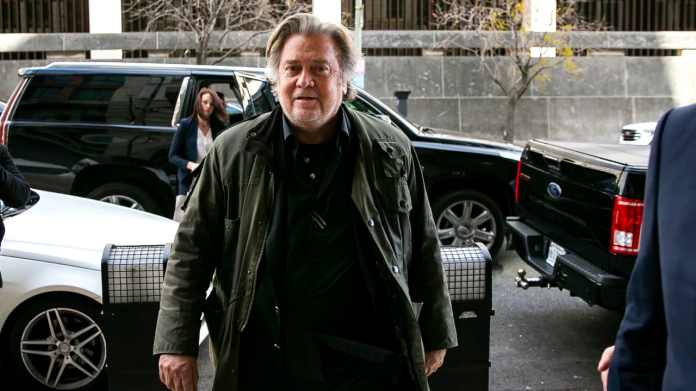 This pardon will froth America’s liberals.

US President Donald Trump (74) apparently wants to pardon his former advisor Steve Bannon (67) immediately before handing over his office to his successor Joe Biden. A person familiar with the events said on Tuesday the Reuters news agency.

Trump’s former chief strategist is charged with fraud. He is accused of diverting money in connection with a fundraising campaign for the construction of the border wall with Mexico that Trump was driving.

Bannon was once one of Trump’s closest confidants and was involved in his election victory in 2016, before becoming a strategist in the White House.  The  opponent of globalization is seen as the driving force behind controversial decisions such as the entry ban for citizens from several Muslim countries.

Trump fired Bannon in August 2017, who then returned to the right-wing news portal Breitbart.

The  open break with Trump came after comments he made in Michael Wolff’s disclosure book “Fire and Fury” in connection with the Russia affair.

For servers and surfaces: Microsoft also develops its own CPUs based...

US armed forces: But no troop withdrawal? That’s what politicians...

Meghan, Harry and the British press are still fighting