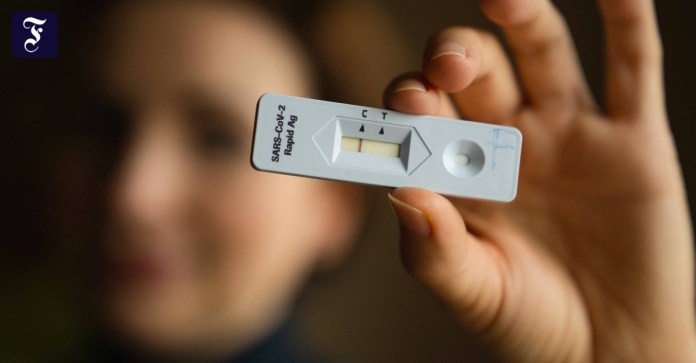 H Essen expects the next delivery of corona vaccine on Friday. A spokesman for the Ministry of the Interior in Wiesbaden said on Monday at the request of the German Press Agency.

The -federal government promised around 49,000 cans for Hessen.

The -delivery was initially expected for this Monday.

The -country has received 100,000 doses so far, half of which is being withheld for the important second vaccination. So far, only in two federal states have more people been vaccinated against the corona virus, according to the data from the Robert Koch Institute.

In Hesse, the number of new corona infections reported increased by 407 on Monday compared to the previous day. 591 more positive corona tests were registered on Sunday. A week ago there were only 370, according to data from the Robert Koch Institute (RKI). So far, 2991 deaths related to the virus have been counted in Hessen. That is 29 more than the day before. Last Monday, the federal institute responsible for combating the epidemic recorded 27 other people who died of Covid-19 in Hesse.

The -number of new cases and that of the other corona deaths are still below the respective daily high of 3224 on the one hand and 134 on the other. But: “A high number of transmissions can still be observed in the population in Germany.

The -RKI estimates the overall health risk in Germany to be very high, ”emphasizes the institute in its daily management report.

The -following comparison shows the dynamics of the pandemic since autumn:

The -total of the cases recorded since the beginning of the pandemic in March is now 140,371. By October 1, the health authorities in Hessen had only reported a good 19,000 positive tests. In addition, only 551 corona deaths were known.

According to the RKI, the number of vaccinations reported in Hesse was 33,405 on Monday. These numbers apply to the days since the vaccination campaign began. Accordingly, 3320 people were vaccinated on Monday. However, the data could also contain late registrations and did not reflect the number of people actually vaccinated on a day, explained the RKI. At the same time, only in Bavaria and North Rhine-Westphalia have more people received an injection against Corona than in Hesse. So far Bavaria has a good 66,000, North Rhine-Westphalia almost 54,000. There are a total of 8282 vaccinations for Rhineland-Palatinate.

The -vaccination teams are currently in hospitals and old people’s homes. Seniors over 80 years of age can register for a personal appointment at the regional vaccination centers from January 12th online or via the telephone hotline.

The -vaccinations will start on January 19 in the six regional vaccination centers in Kassel, Gießen, Fulda, Frankfurt, Wiesbaden and Darmstadt.

Now the trend of falling numbers is also having an impact on the incidence values: In cities like Wiesbaden (93) or Mainz (95) the incidence is below 100, Darmstadt is even approaching the supposedly calming value of 50 at 64. Frankfurt (106) and Offenbach (123) are also falling in trend.

The -districts of Gießen and Limburg-Weilburg, each with an incidence of 268, are darker spots. They are each on the black level according to the state’s escalation concept, which under certain conditions requires night curfews and all-day public alcohol bans.

US Federal Reserve: Powell is cautious about what is happening in...

Berliner Mietendeckel: It has brought it so far

“I am deeply sorry”: Rita Ora apologizes for secret party

Bauer sucht Frau (RTL): excitement for Denise! Is she now...