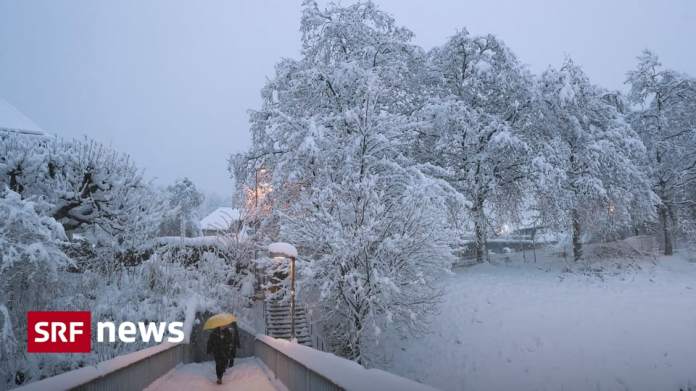 More snow fell during the night. In many places in Switzerland, the traffic situation is tense because of the large amounts of snow. Jan Eitel from SRF Meteo on the current situation.

Jan Eitel studied geography with a specialization in meteorology at the University of Basel. He has been with SRF Meteo since 2006.

SRF News: What is the current situation from a meteorological point of view?

Jan Eitel: At the moment it is still snowing intensely from northwestern Switzerland to central and eastern Switzerland to northern Grisons. And that won’t change until noon either. Only in the afternoon does the snow fall relatively quickly from the north. In the west it rains in the morning up to 1000 meters above sea level. But here, too, the air is colder and the snow line is slowly falling. However, there isn’t much snow left.

How extraordinary is the amount of snow from a meteorological point of view?

The re was a lot of snow, especially in Eastern Switzerland.

The re are about 30 centimeters in there in the lowlands.

The re were 60 to 80 centimeters in the Alps. That is quite unusual and only happens every 20 years or so.

In some places in Switzerland it continues to snow – plus the wind: the risk of avalanches is increasing, as Célia Lucas from the Institute for Snow and Avalanche Research in Davos (SLF) explains. “We have danger level 4 very widespread, so there is a high avalanche danger. Only in the foothills of the Alps, in the Jura, in the far south and in the far west, there are a few spots where there is only considerable danger, but for the most part the situation in Switzerland is really dangerous today. ” It snowed most of the night towards the east, i.e. in central Switzerland and on the eastern northern slope of the Alps. “That’s probably the most tricky place at the moment.”

Avalanches fell in various places on Thursday. Lucas advises against excursions away from the secured slopes. “We still expect spontaneous avalanche activity today. It can also happen that an avalanche comes down to the valley. In general, however, the precipitation has decreased somewhat », says the expert on snow, avalanches and prevention. “

The  situation will slowly but surely relax. But today it remains critical all day. “

Where did the most snow fall?

For example in the Glarus Alps, in Elm. 96 centimeters of snow were measured here within the last two days. That is a new record. Measurements have been carried out since 1978. But there was also more than a meter of fresh snow in the central and eastern Alps in the high alpine area.

What happens now? Does the snow stay?

He stays there. However, no more snow comes from above. But the temperatures will be below zero all day tomorrow Saturday. So we expect an ice day. Nothing happens to the snow.

The re is also a lot of sunshine in the Alps. Even in the lowlands, when the high fog goes away, it gets sunny. New snow will come again on Sunday. Due to a warm front in the west, it may rain below 500 meters. But after that it doesn’t look like snow anymore. And then, in the middle of next week, we’ll see warming.

In the evening I drove to Zurich with the VW bushes and stayed in front of the television studio.

The re could be a strong southern foehn current. For the north side of the Alps – where a lot of snow has now fallen – this means that there will be more of a thaw and snow will fall again on the south side of the Alps.

You normally have to come to work in Zurich early in the morning. How did you do that today?

My place of work is Zurich. But I live in the Basel region. And in Basel it started to snow yesterday at 8 a.m. At some point I got scared and in the evening I drove to Zurich in the VW bushes and stayed in front of the TV studio.

Didn’t you get frostbite?

No, I have a parking heater. So it wasn’t a problem.

The  interview was conducted by Jonas Bischoff.

Why the organizers would rather have ski races without fans than...

Aborted during important SpaceX test flight – only 1.3 seconds before...

Berlin & Brandenburg: Kalayci: Vaccine is not thrown away 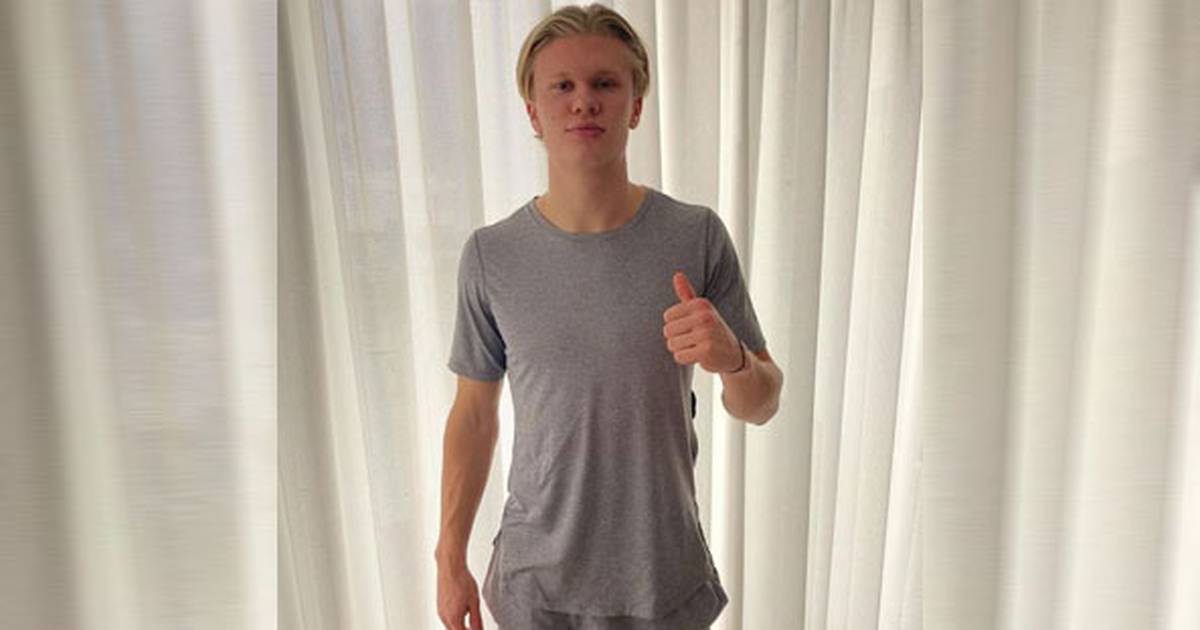 The release date of the Ryzen 5000 competition is reportedly set