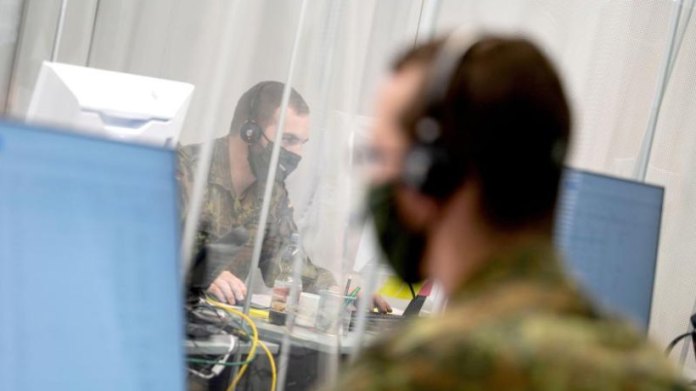 Berlin. Around 1,050 Bundeswehr soldiers are deployed in Berlin to provide help during the corona pandemic. This was announced by the Bundeswehr Territorial Tasks Command in Berlin upon request. “Among other things, you take on tasks relating to contact person tracking, the Corona hotline, supporting the care facilities, operating the vaccination centers and mobile vaccination teams and the vaccination hotline,” explained a spokesman.

In the Berlin nursing homes alone, around 350 soldiers are deployed to perform rapid corona tests, among other things. Last but not least, soldiers in the districts help with tracking down contacts. In terms of size, there are significant differences depending on the health department, as a survey by the German Press Agency showed. In Spandau, for example, there are 20, in mid-30, in Tempelhof-Schöneberg 46, in Friedrichshain-Kreuzberg and Treptow-Köpenick none at all.

Facilitation of the Matura required – salzburg.ORF.at

Soccer – Frankfurt am Main – Bierhoff to Klopp plan for...

Next novelty: Textron sends Beechcraft King Air 260 into the race