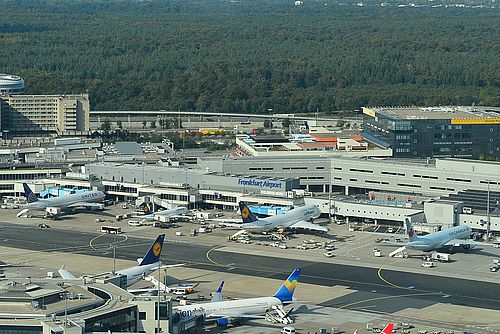 The  number of passengers in Frankfurt was at the level last seen in 1984. One ray of hope was the volume of freight: Despite the lack of additional loading capacity on passenger planes, we almost reached the previous year’s level. During the first lockdown in particular, air traffic was of great importance to ensure that the population was supplied with important medical goods. ”

The  total of the maximum take-off weights fell by 53.3 percent to around 14.9 million tons.

The  cargo volume reached just under 2.0 million tons and was therefore only slightly lower in comparison (minus 8.3 percent).

The  total of the maximum take-off weights recorded a decrease of 53.6 percent to around 1.1 million tons.

Looking forward, Dr. Schulte: “Due to the current vaccination program, we are optimistic that the travel restrictions will be gradually reduced from spring onwards. We expect passenger traffic to pick up significantly in the second half of the year. Overall, however, we have another difficult year ahead of us. We expect that we will exceed the passenger volume of 2020 in Frankfurt, but will still only be around 35 to 45 percent of the previous high of 2019. ”

The  individual locations were affected to varying degrees by the effects of the COVID-19 pandemic over the months. At times, regular passenger traffic at individual airports (Ljubljana, Antalya and Lima) was discontinued, and in some cases extensive travel restrictions have been in effect almost everywhere since spring.

The  Brazilian airports in Fortaleza and Porto Alegre recorded a decrease of 56.7 percent to around 6.7 million passengers (minus 46.2 percent in December).

The  number of passengers at Lima Airport in Peru fell by 70.3 percent to around 7.0 million passengers (down 61.6 percent in December).

At Antalya Airport in Turkey, the number of passengers dropped by 72.6 percent to around 9.7 million passengers (minus 69.8 percent in December).

The  airport in St. Petersburg, Russia recorded a drop of 44.1 percent to around 10.9 million passengers (minus 38.5 percent in December). At Xi’an Airport in China, there was a slight recovery over the course of the year compared to the sharp decline in spring.

8: 1 success against the Lakers – Lions with premier goals...

Corona crisis will cause Airbus to lose billions in 2020

Berlin CDU wants the preschool back

Philipp Lahm rules out emergency EM in Germany in 2021

Employees should not check corona tests