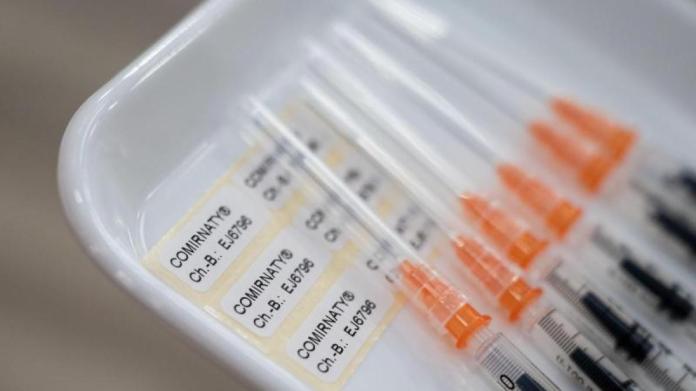 The  US pharmaceutical giant Pfizer warns of delivery bottlenecks for the corona vaccine.

The re will be fluctuations in production in Belgium until the beginning of February.

The  Federal Ministry of Health has been informed by the EU Commission – and regrets the delay.

Dhe US pharmaceutical company Pfizer will temporarily reduce the delivery of its corona vaccine, which it developed together with Biontech, to European countries.

The  Federal Ministry of Health stated that it took note of the information from the group with regret.

A message from the ministry states: “At short notice, the EU Commission and, through it, the EU member states were informed that Pfizer will not be able to fully meet the delivery quantities already promised for the next three to four weeks due to renovations at the Puurs plant.”

According to Pfizer, the conversions served to increase capacities from mid-February. According to the company, all countries in the world except the USA are supplied from Puurs in Belgium.

According to the Federal Ministry of Health, delivery in the coming week should still take place as planned.

The  quantities announced for the first quarter are also to be delivered in this quarter. In plain language: What Pfizer does not deliver in January must be submitted in February and March.

The  Norwegian health authority was the first to inform about the delay. “

The  temporary reduction will affect all European countries,” said the authority on Friday. It is not clear how long it will take until Pfizer will again reach maximum production capacity.

“It is not currently clear how long it will take exactly before Pfizer will reach its maximum production capacity, which is expected to increase from 1.3 billion to two billion doses annually,” the statement said. Information about the delivery quantities for the whole of Europe was not given, only for Norway: Accordingly, only 36,075 vaccine doses are expected for the Scandinavian country in the coming week, previously it was 43,875. This corresponds to a minus of almost 18 percent.

Many EU states also criticize the delivery quantities of the vaccine from Pfizer and the German Biontech, which are below expectations, as EU representatives told the Reuters news agency. In addition, there is uncertainty about future deliveries. At a meeting of EU health ministers on Wednesday around a third of the participants would have spoken of insufficient quantities, said an insider who attended the video conference.

According to the research website “Our World in Data”, Norway has vaccinated 0.62 out of 100 residents so far. In Germany this value is 1.01. Norway is not a member of the EU, but works with the other EU countries within the framework of the ECDC.

Corona rules: Who we can really celebrate Christmas with now –...

CATL News: Number one in batteries

Sales of snowshoes are booming in France