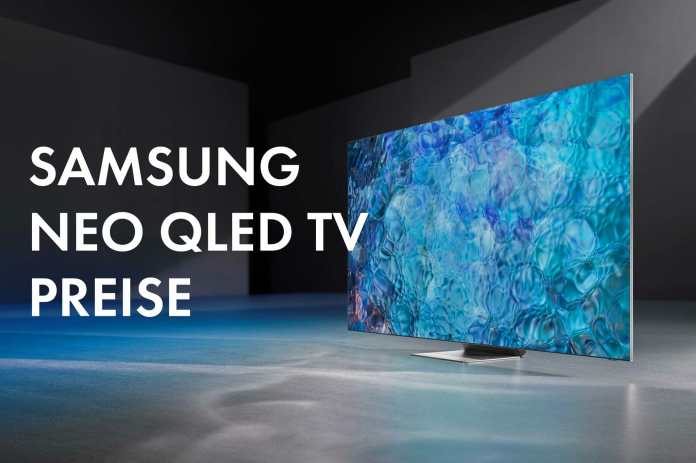 Samsung Switzerland has communicated the sales prices for the new NEO QLED TV lineup in 2021.

It should come as no surprise to anyone that the prices for Samsung’s “elite models” have risen compared to last year. In contrast to the 2020 models, the NEO QLED TVs finally offer display technology again and not just an infusion or rebranding of the previous year’s models. Means: In 2021 there will probably be another high-end device in the 4K segment.

The  price increases actually run through the entire 2021 Neo-QLED lineup, except for the 75 inch model of the QN85A (previous year Q85T) model series. As in the previous year, this costs CHF 3,999.

The  price increase varies between 100 and 2000 CHF, depending on the size and features. We expect a similar development for Germany. We’d rather pay a few euros more if the picture quality is right again.

In addition, Samsung’s PR agency in Switzerland communicated that the first models should go on sale in mid-March 2021!

We have converted the Swiss prices for the Samsung NEO QLED TVs into euros for you using the current exchange rate and taking into account the different VAT rates in the table below:

Again the note that these are only converted euro prices.

Leak provides the first details about the PvE shooter

Trump plans his own social network according to familiar

Corona cases in the Thun region – Several elderly people in...

Corona rules: which lockdown measures will now be tightened and when?...