The  end of March marks the first anniversary of Prince Harry and Duchess Meghan’s retirement as senior royals. According to an expert, there will be no meeting with the Queen.

About a year ago, Prince Harry (36) and Duchess Meghan (39, née Meghan Markle) caused a shock when they announced that they would resign from their duties as representatives of the crown.

The y made their last public appearances at the end of March, before the withdrawal was officially heralded. A lot has happened since then: In the summer, the ducal couple moved with their little son Archie (1) to the Californian city of Montecito and began to put out feelers for lucrative jobs. In fact, the number six of the British line of succession and the former “Suits” actress had great success and were able to land million deals with Netflix and Spotify.

If on March 31st her resignation as senior royals her first anniversary, a possible return to London will no longer be an issue – gives royal family expert Christina Garibaldi is quite sure. “You’re not going to make a big announcement,” she explains – und knows how to justify that.

Christmas greetings with Archie, but it’s different than expected. See for yourself in the video above.

The  journalist explains on the “US Weekly” TV show that the past few months have been worthwhile for Prince Harry and Duchess Meghan. “I think that worked for Harry and Meghan. Why should they go back?” For the two royals there is no reason to give everything up again: “I think they’ll just say, ‘Okay, the year is over, but if we want to continue with what we’re doing, that’s fine.’ And they’ll just keep going. “

Of course, Queen Elizabeth (94) will review the deal with the Sussexes again. But the royal expert believes that a large-scale meeting with the British Queen is unlikely, neither via Zoom nor at the same table: “

The re will be no dramatic meeting.”

You can see in the video below which luxurious villa Harry and Meghan have made themselves comfortable in.

Deal has to work for both sides

The  royal expert Russell Myers disagrees. He claimed in the Australian star magazine “9Honey” that the Queen wanted to “clip the wings” of her grandson and his wife because they had become more and more famous in the USA and had attracted a lot of attention. But the expert is certain that Prince Harry will not be kept out of important royal family matters in the future either. Nor would they forbid him to return home for events. Myer’s simple reasoning: “Harry is a very popular family member.”

However, a deal must always work for both sides, according to Myers, and with the Spotify and Netflix contracts of the ducal couple there is a need for clarification: “I think that will be the main focus of these meetings that will take place in the future.” According to Russell Myers, one shouldn’t forget:

The  announcement of their decision to resign from all royal duties hit like a bomb at the time, especially since they hadn’t told anyone beforehand. “I think the tensions are still pretty high, to be honest,” the expert concluded.

“Wedding at first sight”: Melissa and Philipp’s baby has arrived! 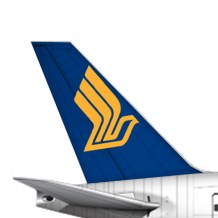 Microsoft’s Surface Duo with double display is coming to Europe