Joe Biden was sworn in as the 46th President of the United States. But Prince Harry also had a “mini-appearance” at the inauguration of the President.

The  inauguration of Joe Biden (78) on January 20 was an important event for many Americans. Due to the corona pandemic, no extensive celebrations with large crowds could take place.

The refore, the US and the rest of the world watched the inauguration of Donald Trump’s (74) successor on their TV sets. Those familiar with the British royal family were particularly surprised, as the online edition of the British newspaper “Daily Mirror” reported: Was there a brief picture of Prince Harry (36)?

It is her heart project! Prince Harry and Duchess Meghan are committed to mental Health and also make a really casual appearance. You can see more about this in the video above.

Prince Harry: His photo was seen at Joe Biden’s inauguration

Black coats and face masks. That was the defining image when Joe Biden was inaugurated, even if, for example, Vice President Kamala Harris (56) stood out in her purple coat. But for the royal supporters, a completely different detail was a big surprise: When the new President was greeted by Bill (74) and Hillary Clinton (73) at Arlington National Cemetery, a large picture of Prince Harry could be seen in the background!

Prince Harry and Duchess Meghan are dedicated to a new project! You can find out what it is about and what great look the Duchess presented to us in the video below.

Prince Harry: This is how he met the new presidential couple

This picture shows the grandson of Queen Elizabeth (94) in his military uniform.

The  photo was taken in 2013 when Prince Harry laid a wreath on the grave of the Unknown Soldier in Arlington National Cemetery during a visit to Washington. This was also the year in which he met the current First Lady Jill Biden (69) for the first time: During a royal trip through the USA, Harry attended a reception in honor of British and American war wounded.

The n Vice President Joe Biden and his wife Jill attended the event. Today the prince and the first lady are close friends.

Prince Harry & Duchess Meghan: This is their new home

Prince Harry now lives with his wife, Duchess Meghan (39, née Meghan Markle) and son Archie (1) in the USA. Last summer the small family moved into a property in sunny Montecito. In a Zoom conversation, Prince Williams (38) brother revealed that he loves the USA and that it is “fantastic” there. It seems like Harry and Meghan have found their new home there. Add to that the joy of knowing her good friends Jill and Joe in the White House.

Moving appearance! On the occasion of “Remembrance Day”, Prince Harry and Duchess Meghan appeared in a cemetery in their new Californian home.

The  emotional ones You can see recordings in the video.

Hatton wins the start of the season – Wiesberger and Schwab...

Stephan Weil: VW can turn things around, suppliers in danger

3rd & 4th round of the individual competition live on TV...

“Shoot over the target”

With Aphria boss at the top: Cannabis product manufacturer Tilray and... 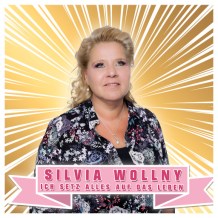 Silvia Wollny – “I bet everything on life” (PHOTO) 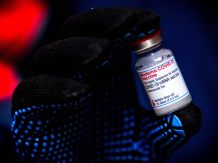 Grosjean: “I don’t want to end my career with these pictures”