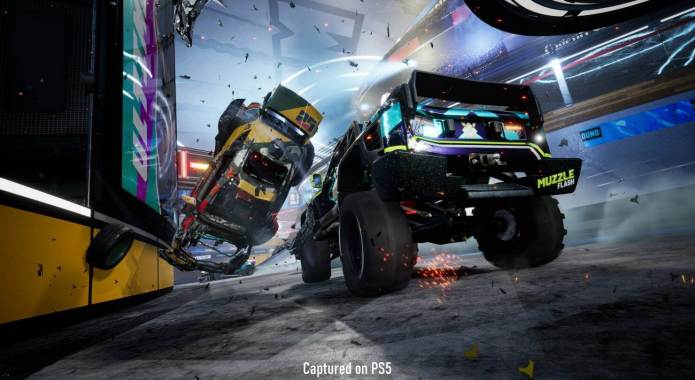 “Destruction AllStars” was originally intended to be one of several PS5 launch titles. However, before the planned release, it was postponed to the beginning of 2021.

As the release approaches, many prospective customers are likely to be wondering when publisher Sony will reveal new gameplay material and details about the game. It will happen soon.

A lot in stock

Developer Lucid Games announced on Twitter that they have “a lot in store” as the launch of “Destruction AllStars” approaches. We’ll probably be able to take a look at plenty of gameplay material and learn more about the multiplayer title shortly.

Given the multiplayer nature of the game, support and monetization details are very important after launch.

You can get a few brief insights into the game today. Below these lines you can see a clip that was released through Share Factory. It shows some crisp car fights and scenes from the gameplay.

“Destruction AllStars” will be released on February 21, 2021 exclusively for the PS5. The title’s features include dynamic 4K resolution and 60 frames per second. “Destruction AllStars” can be downloaded by all PlayStation Plus subscribers at no additional charge for the first two months after its release.

“Destruction AllStars” makes use of various advantages of the PS5. These include the short loading times that are achieved with the help of the built-in SSD. In addition, there is the use of adaptive triggers and haptic feedback. We have a few details ready for you in this message.

As mentioned, “Destruction AllStars” will be included in the PS Plus offer in February 2021. At the same time, the games that were activated in January will disappear from the Instant Games Collection. It refers to:

“Assassin’s Creed Valhalla” in the test: Vikings at speed

The Masked Singer: The pig is out – SHE was under...

Markit: US service provider with growing business in November | ...