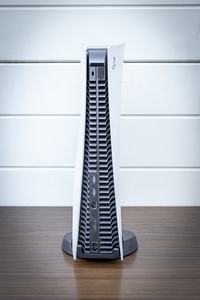 It is well known that you are currently looking in vain for Sony’s PlayStation 5 in retail. However, a large number of pre-orders are currently still waiting for their consoles.

The  imprecise formulation in the company’s terms and conditions is primarily criticized. This does not indicate how long the customer’s payments will be withheld. Although it is possible to cancel the pre-order, this should only be an option for very few gamers. Ultimately, there is currently no alternative but to wait. Customers also complain about the retailer’s lack of communication. A 14-day status report would certainly not be asking too much at this point. After all, the players park a not exactly small amount in the company’s accounts.

The  legal requirements oblige an online retailer to send a corresponding confirmation after ordering. However, this was not done when pre-ordering the PlayStation 5. Should the electronics retailer not give in, the consumer advocates have already announced that they will enforce their claims in court.

It is currently unclear how possible changes to the terms and conditions could affect pre-orders for the PS5.

The  longer the delivery is delayed, the more likely it is that the retailer will be forced to cancel all pre-orders first. After all, the PlayStation 5 is now two months away. One cannot speak of a slight delay in delivery here.

The 12 most beautiful running routes in western Berlin

Apartment building in Stuttgart is on fire: fire brigade on a...

The Crocs are the icing on the cake – If you...

“Tatort” – and series actor (ARD) comes out and shows his...