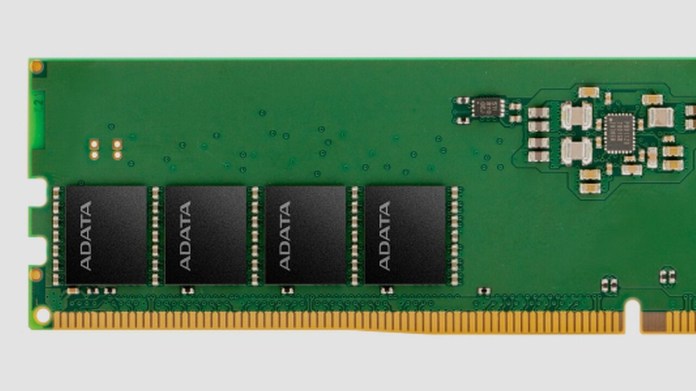 The manufacturers of RAM modules are preparing for the market launch of the new DDR5 memory generation, which is expected later in the year. After Team Group had advanced with an announcement of DDR5 bars in December, Adata is now following on the foot.

The Taiwanese manufacturer, known primarily for various memory products such as RAM and SSDs, announced today that the development of DDR5 memory modules at Adata is being carried out in close cooperation with the mainboard manufacturers MSI and Gigabyte. The cooperation should help to adapt the new memory bar to the first Intel platforms with DDR5 support. According to the latest information, Intel’s server CPUs from the Sapphire Rapids family with DDR5 can be expected in the third quarter of 2021; in the desktop segment, Intel Alder Lake should support DDR5 for the first time at the end of 2021. At AMD, DDR5 will probably not be supported until next year.

The information content of today’s announcement by Adata is still low and rather superficial. No specific products or series are named yet. It remains to be seen for now which storage capacities and data rates will be used for which product segment. But Adata speaks of “up to 64 GB“Per module and”up to 8,400 MT / s“As the maximum of the new standard, even if lower data rates are initially to be expected at the market launch of DDR5. But already in a few days there could be more information about the DDR5 memory from Adata, because the manufacturer refers to the CES 2021 starting on January 11th in the pandemic-related digital edition.

ADATA’s DDR5 memory will deliver speeds of up to 8400MT/s and come in capacities of up to 64GB. The modules will also come with error-correcting code (ECC) functionality for enhanced accuracy and reliability and power management functionality for improved energy efficiency with an energy consumption reduction of up to 1.1V.

The competitor Team Group had already announced its first DDR5 bar at the beginning of December and was a little more specific. Team Group wants to start with 16 GB modules of the DDR5-4800 class (4,800 MT / s), which are also targeted for the third quarter of 2021. In mid-December, Team Group announced that it had already developed samples of the first consumer-class DDR5 memory bars that are to be used for validation with mainboard manufacturers such as ASRock, Asus, MSI and Gigabyte.

ComputerBase received information about this article from Adata under NDA. The only requirement was the earliest possible publication time.

Berlin Senator for the Interior on the ban on firecrackers: “Reason...

Australia: Koala causes an accident and then takes the wheel himself 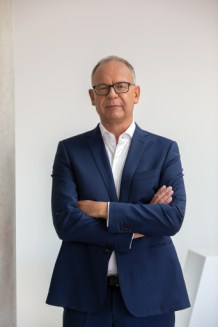 Wienerberger extends the term of office of CEO Heimo Scheuch

Fresh snow in the Alps: masses of snow cause problems

Windows 10X Leak: This is what the new Windows looks like