Football runner-up Rapid is in the waiting position during the current transfer time.  The  Hütteldorfer reported neither additions nor departures, and sports director Zoran Barisic did not show any tendency on Thursday whether something will change in the near future.

The  Viennese only reported that his club was being offered more players than usual and that there were always requests for Rapid professionals.

Barisic announced Puma as a new supplier from the summer

The re is always something going on, but it is not that we go public because nothing has been signed yet,” said Barisic.

The  brother of Rapid captain Dejan Ljubicic is free of charge this summer, Rapid should be interested.

On the other hand, there was a notification of completion in terms of equipment suppliers: Starting next season, after more than two decades at Adidas, Rapid will be playing with suits from the sporting goods company Puma, which, like 11teamsports, will in future be part of the supplier partnership.

Darts World Cup 2021 in London: Michael van Gerwen has no...

Elena Krawzow talks about the consequences of her Playboy shoot

Lesbos is to get a new refugee center by September

Paris Saint-Germain against Istanbul Basaksehir in the live ticker today 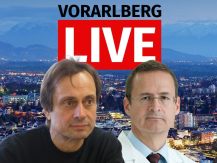